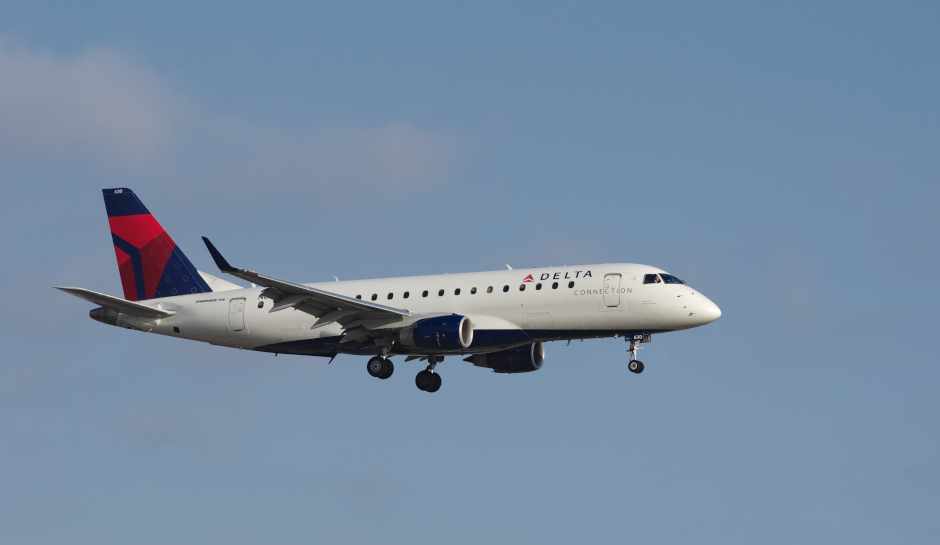 A Delta passenger was arrested at Jacksonville International Airport in Florida on Friday after he struck another passenger and slapped the badge out of the hand of an off-duty Jacksonville Sheriff’s Office officer.

Sources told News4Jax that the man was part of a couple who boarded the plane with a lap child. Flight attendants told the couple that the child was too old to sit on a lap, and the woman agreed to take another flight. The man, however, got angry and demanded that he be let off the plane.

A source told the station that the man hit a passenger and assaulted the sheriff’s deputy when she tried to intervene. According to the source, other passengers took the man down to the floor and held him until police arrived.

The FBI is handling the investigation. The plane was an Embraer 175, seating about 70 people.

Passengers told News4Jax that the Boston-bound flight was delayed by several hours. According to FlightAware, the flight had been scheduled for takeoff at 12:15 p.m. but didn’t leave until 5:10 p.m.