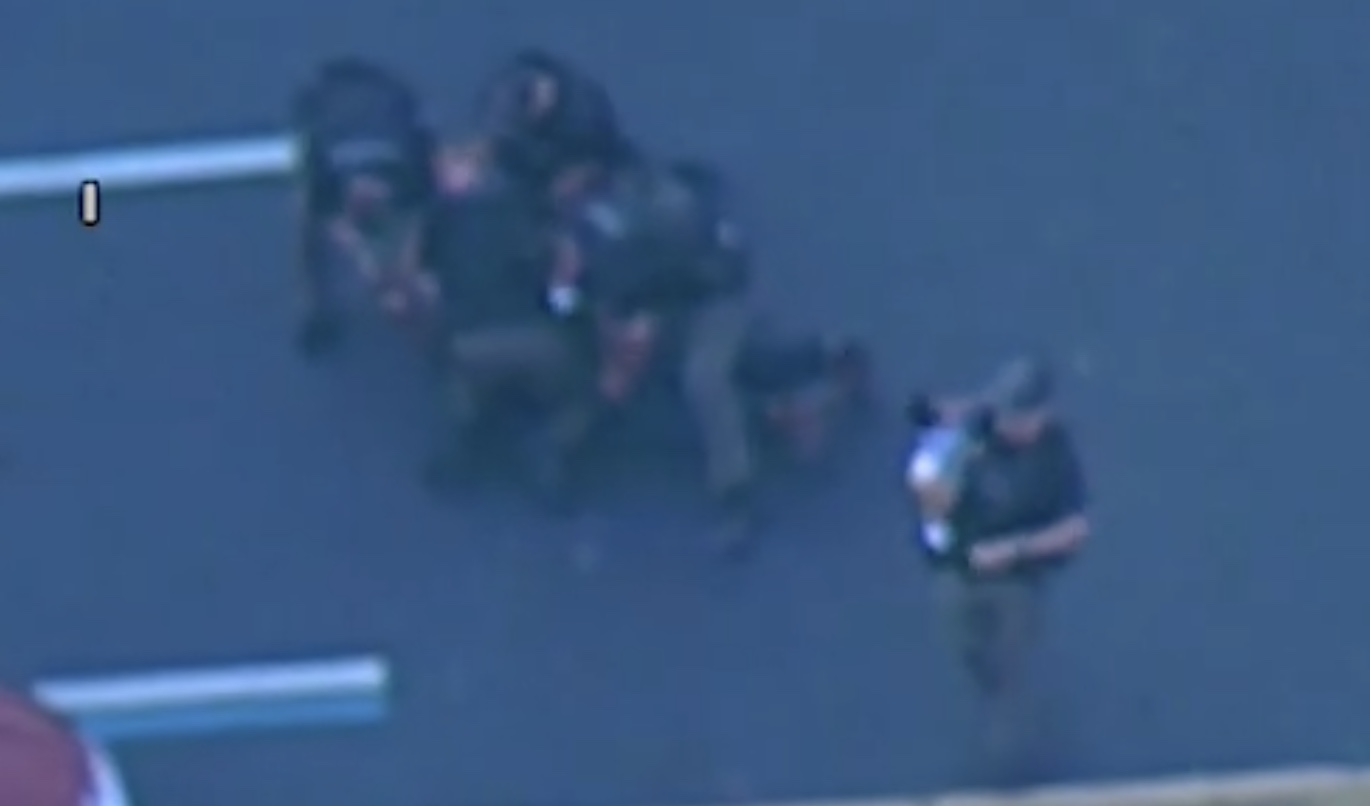 A 32-year-old Florida man led police on a 40-minute chase through the Gifford community last week with a 2-month-old baby boy in his car.

Deputies eventually cornered John Henry James III at the Taylor Pointe Apartments, where James bailed out of his car and threw the infant at a deputy before running through trees and between buildings in a vain attempt to get away, the Indian River Sheriff’s Office said.

The deputy caught the thrown child and brought him to safety.

Deputies tackled James in the parking lot and put him into a patrol car as he “kicked and bit at deputies” and then complained he couldn’t breathe and said he had asthma. The deputy drove James to a nearby fire station, where he was checked out by emergency medical technicians before being transported to Cleveland Clinic Indian River Medical Center for treatment of a “pre-existing condition.” He was released from the hospital on June 1 and booked into Indian River County Jail on two counts of aggravated child abuse, aggravated battery on an officer, battery on same, reckless driving, and resisting arrest with violence.

“You can’t throw a baby at us and expect us to treat you with kid gloves,” Sheriff Eric Flowers said, following the incident.

The sheriff’s office released a compilation video of dash camera and helicopter footage of the pursuit and takedown.

Police said the incident began at about 6:30 p.m. on May 26 when deputies attempted a traffic stop in Vero Beach for failure to maintain a lane, but James refused to stop.

“During the course of the pursuit, James struck the front end of a detective’s vehicle,” the sheriff’s office said. “He also dodged roadblocks and at least one attempted stop-stick deployment. He ran over another set of stop-sticks, but they failed to disable the vehicle.”

The Department of Children and Families is handling the portion of the case relating to the baby.