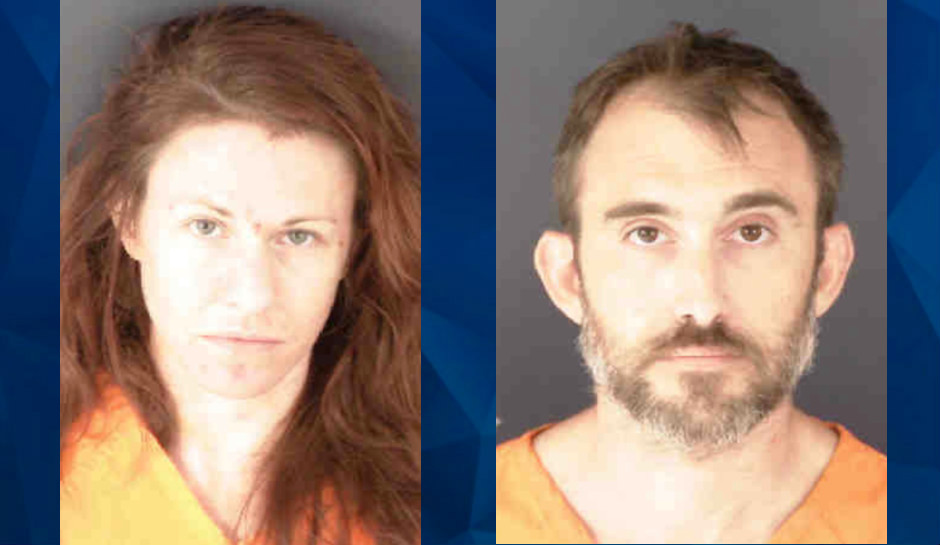 Toddler overdoses on cocaine; mom says he put something in his mouth while on a walk

A Florida couple has been charged with child neglect after their 21-month-old child overdosed on cocaine.

The incident took place in January, the Sarasota County Sheriff’s Office said. Deputies were called to a home in Venice to assist medical personnel who were called about an unconscious child who was not breathing.

Kaitlyn Van Dorn, 33, told investigators that she had been out on a walk in the neighborhood with the child, who picked up something from the ground and put it in his mouth. She said the boy “began stumbling and became limp before losing consciousness,” the sheriff’s office said.

Emergency personnel administered three doses of Naloxone, a drug that reverses the affects of an opioid overdose, and the baby regained consciousness. He was taken to a hospital for further testing.

Van Dorn said that the toddler had been picking up rocks in the neighborhood and putting them in a bucket and that he “may have picked up a needle cap along the route that she swatted out of his mouth.”

Deputies searched the area, but could not find any drug paraphernalia or a bucket with or without rocks. Upon returning to the home, Van Dorn produced the bucket from behind a locked door. Deputies found a sliver spoon and tissue inside the bucket, which they said were consistent with the use of narcotics.

Deputies also spoke with Van Dorn’s partner, 34-year-old Blake Pavey, who said he hadn’t been on the walk with the boy and Van Dorn, although he agreed that the child must have picked up something in the neighborhood.

“We were unable to recover any sign of a walk even taking place. So based on our investigation, we believe strongly that the child ingested those narcotics inside the home,” said sheriff’s office spokeswoman Kaitlyn Perez.

Following a lengthy investigation with the Department of Children and Families, detectives learned that the child had overdosed on cocaine and arrested the couple last weekend. Pavey has since been released on a $15,000 bond; Van Dorn remains in custody with no bond, related to a probation violation.

“My heart breaks for that child.,” said Perez. “Our detectives see things like this all the time, but it is particularly difficult when it involves a child. An innocent, helpless child who should not be in the environment that he has been forced to be in.”

The toddler has not been in the care of either parent since the January 8 incident.