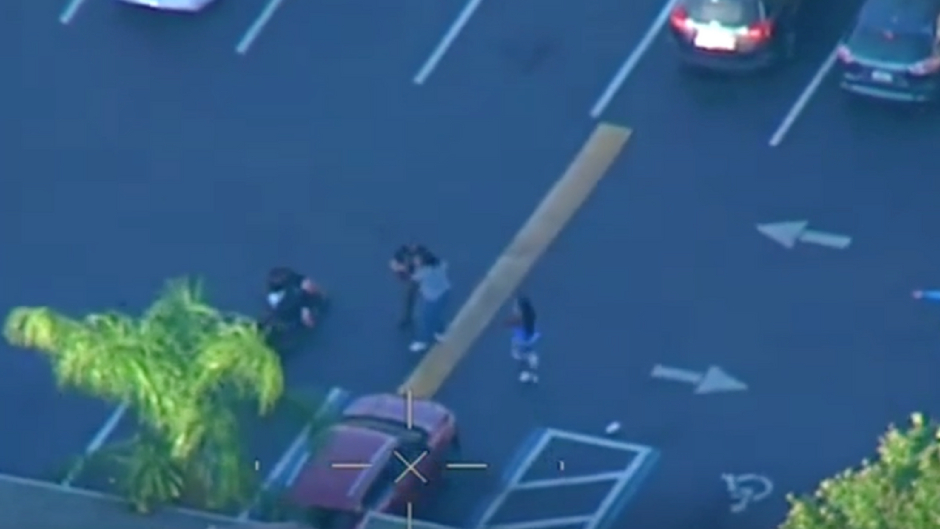 A Florida man allegedly threw a 2-month-old boy at a deputy following a police car chase.

Indian River County police released dashcam and aerial footage on Friday showing the May 26 incident involving officers and suspect John Henry James III, 32. James allegedly led police on a 40-minute chase after officers attempted to pull him over in Vero Beach for failing to maintain the lane.

According to the police’s statement, James struck a detective’s car and evaded roadblocks and at least one spiked strip that was placed to disable his vehicle.

James ultimately stopped at the Taylor Pointe Apartments, where law enforcement had surrounded him.

“As he bailed out of his car, he grabbed the 2-month-old boy who had been in the car with him and threw the child in the direction of a deputy,” Indian River County police said.

The deputy reportedly caught the infant and brought the child to safety. Meanwhile, James allegedly attempted to flee on foot but officers apprehended him and took him into custody.

Police said James kicked at deputies and tried to bite them. Officers reportedly stopped at a fire station after the suspect claimed he was asthmatic and could not breathe.

“He continued resisting, even while being placed on the stretcher to be loaded into an ambulance to go Cleveland Clinic Indian River Medical Center,” according to police.

Police said James was released from the hospital on June 1. He remains jailed without bond.