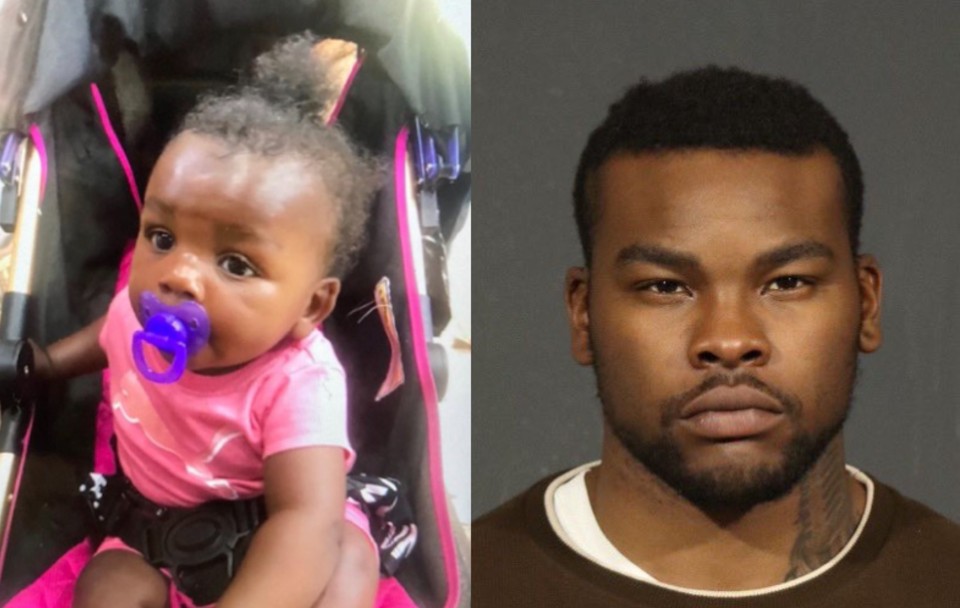 A 9-month-old girl has been abducted in New York City and authorities believe she may be in grave danger, WNBC-TV reports.

Around 12:30 p.m. Monday, authorities issued an Amber Alert for Mi Angel Gaines, who police believe was taken by Antonio Armstrong early in the morning.

Armstrong is the girl’s non-custodial biological father. He reportedly took the girl after assaulting her mother, according to WABC-TV.

The abduction is believed to have occurred in Harlem on Frederick Douglass Boulevard near 131st Street, WCBS-TV reports.

“The child was taken under circumstances that lead police to believe that they are in imminent danger of serious harm and/or death,” the Amber Alert reads, according to WPIX-TV.

Authorities say the infant was last wearing a red, white and blue onesie. She has brown eyes and long black hair, weighs about 19 pounds and is approximately 15 inches tall.

Armstrong, 22, has a tattoo on his neck of what looks like a microphone; he is about 5 feet 10 inches tall, weighs approximately 200 pounds and has black hair and brown eyes. He was last spotted on Eighth Avenue in Manhattan with a stroller around 2:50 a.m., WABC-TV reports.

Tips can also be submitted online or on Twitter at @NYPDtips.