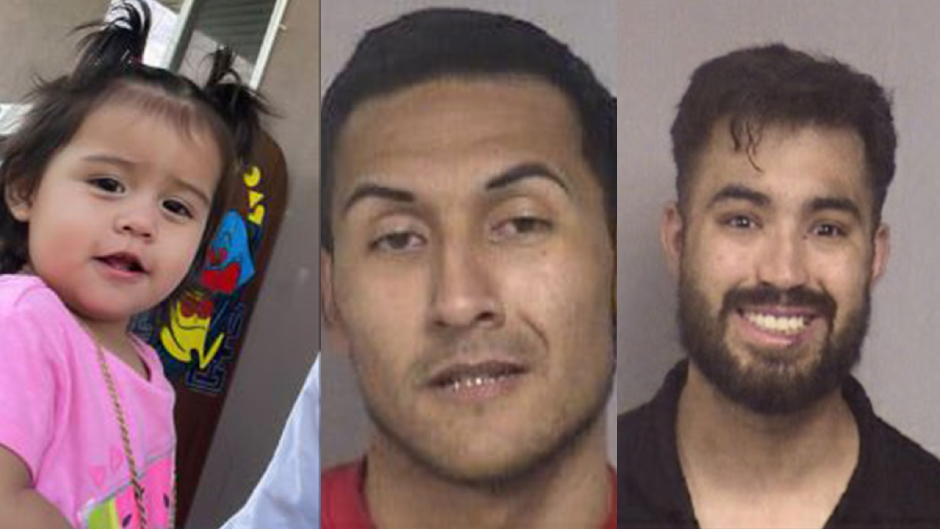 Texas police issued an arrest warrant on Wednesday for a man who they believe is involved in Tuesday’s abduction of a 1-year-old girl and her 18-year-old mother.

Police said suspect Kristian Garcia, 24, entered ex-girlfriend Jezabel Zamora‘s Corpus Christi home on Tuesday and took her and her daughter, Zaylee Zamora, against their will. The apparent abduction prompted an AMBER Alert which remains ongoing.

According to KXAN, police said the vehicle the trio was seen leaving in has been located. Police have not disclosed where the car was found. It is unclear what car Garcia and the missing mother and toddler are traveling in now.

Most recently, police issued an arrest warrant for Rodrick Garcia, 26, (pictured right) on kidnapping charges. Police said they believe he is working alongside the suspect, though the specifics of his involvement remain unknown.

Kristian Garcia, who is wanted on aggravated robbery and murder charges, is a suspect in the May 26 death of Emily Walthers, 32, at a Corpus Christi apartment. KRIS reported that a man called police claiming he found the woman’s body in his bed. While details about the incident remain scarce, her death was ruled a homicide. There is no indication Walther’s murder is directly connected to Tuesday’s abductions.

Kristian Garcia was described as being 5 feet, 7 inches tall, weighing approximately 160 pounds, and having black hair and brown eyes. He reportedly has a scar on his face and tattoos on both of his forearms.

Police said Jezebel Zamora is 4 feet, 11 inches tall, weighs about 97 pounds, and has black hair and brown eyes. She has a Medusa tattoo on her left thigh, a rose on her right forearm, and a tattoo of the name “Zaylee” on her left shoulder. She was reportedly last seen wearing a camouflage tank top and blue jeans.

Anyone with information regarding their whereabouts should call the Corpus Christi Police Department at 361-886-2600 or call 911.