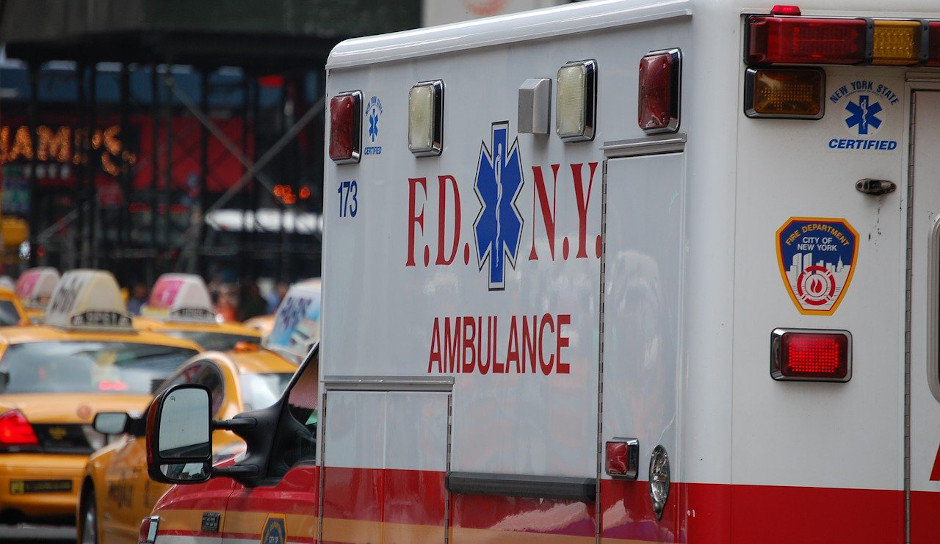 A Brooklyn mother reportedly threw her infant daughter and 2-year-old son out a second story window Saturday morning, then jumped out herself and tried to further hurt the children.

A neighbor hopped a fence and wrestled the 4-week-old girl away from the mother as she banged the baby’s head on the concrete, the New York Post reported.

The baby was taken to Maimonides Hospital in critical condition, while the mother and toddler were taken to Brookdale Hospital with non-life-threatening injuries, police said.

All three were naked, said Carl Chin, the 41-year-old neighbor who told the Post he heard the “thud” of the baby striking the ground.

“When [the mother] lands on the floor, she didn’t go unconscious, she was still aware, she grabbed hold of the two kids and proceeded to hurt them more,” Chin said.

Chin, who lives in a nearby rowhome, ran out of his house and over the fence.

“As she was trying to hurt her children and I was getting them out of her grip, she kind of thanked me and told me to take care of them. Then she proceeded to talk about how she was tired of being by herself.”

No further information was available, including the woman’s name.