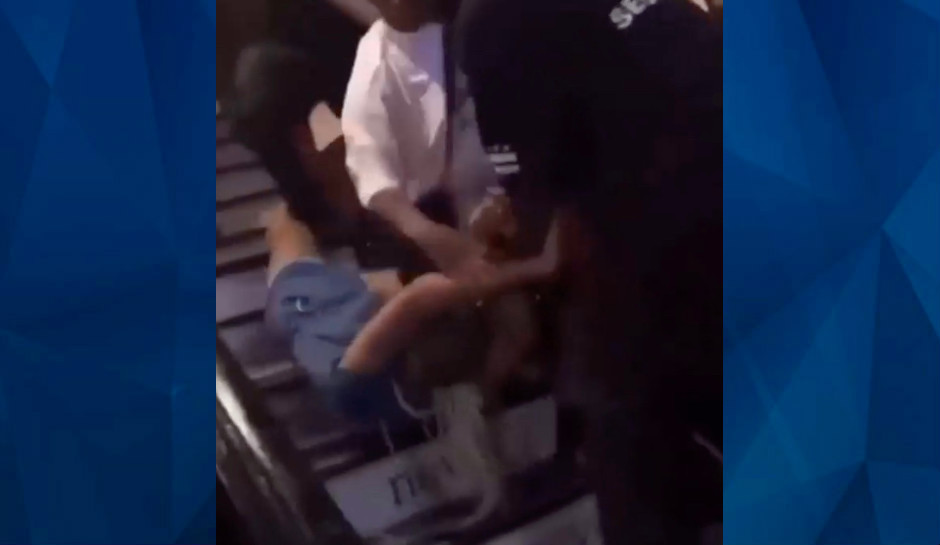 A security guard at a popular LGBT bar in Washington, D.C., dragged a patron out by her hair Saturday night, prompting protests and eventually the firing of the security company.

Another patron captured the horrific incident on video, as the terrified woman was dragged down a flight of stairs, TMZ reported.

Keisha Young, 22, told WUSA that she was the woman in the video.

“[Security was] trying to get some other people out because somebody else brought a bottle in there,” she said. “Somehow I got mixed up in an altercation because I look like somebody else and I got hit and dragged down the steps.”

Nellie’s Sports Bar was packed Saturday night after DC’s Pride parade earlier in the day. Other patrons attacked the security guard, trying to stop him, and then protests erupted outside the bar.

By Monday, the company the bar had hired to provide security for Pride Week had been canned.

“Nellie’s Sports Bar has terminated, with immediate effect, the independent security vendor hired to protect our guests during Pride Week,” Nellies said in a statement. “Our investigation into the matter is ongoing, and we will cooperate with any law enforcement investigation, however we do not need to wait for the investigation’s conclusion before we take decisive action.”

“We offer a heartfelt apology to all who witnessed the horrific events of this past weekend. No matter what behavior occurred prior, nothing warrants mistreating, and disrespecting, one of our guests.”

On Saturday, Metro Police said they had not been called about any incident at the bar; it’s not clear if they have any involvement now.