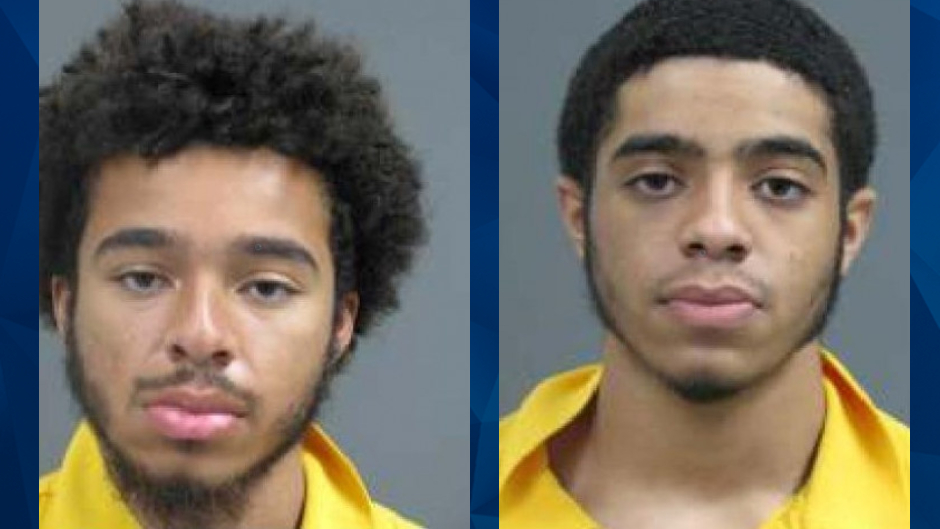 Police in Pennsylvania arrested two brothers on Thursday after they were allegedly caught dumping the body of a man they are believed to have fatally stabbed.

The Bucks County District Attorney’s Office said in a statement that a Pennsylvania State trooper saw what appeared to be a disabled vehicle with its hazard lights on in Bucks County. The car with its lights on, a Subaru with New Jersey license plates, was found 100 feet from a parked Audi A5 with Florida license plates.

Joshua Gamble, 17, was found lying on the ground near the Audi A5. Gamble reportedly had blood on the top part of his shoes and was wearing a plastic work glove on his left hand.

As the trooper detained the teen, his older brother, Anthony Gamble, 19, emerged from the woods and urged the trooper to stop. Prosecutors alleged that Gamble had blood on his shoes and on the sleeves of his shirt. He reportedly also had work gloves in his back pocket.

Police combing the woods not far from where the trooper encountered Joshua Gamble discovered the body of Kevin Rosero, 26. Rosero was reportedly stabbed in the head, neck, upper chest, and arm.

According to prosecutors, police observed copious amounts of blood in the Audi A5 in addition to a bloody knife. Joshua Gamble are believed to have purchased the sanitizing wipes that were found on top of the vehicle and the work gloves found in his and his brother’s possession.

Rosero and his accused killers are from Somerset, New Jersey. Prosecutors said the brothers have no connection to the area where authorities found them on Thursday.

The relationship between Rosero and the suspect has not been disclosed. Prosecutors said it is unclear whether Rosero was killed in the Audi A5 or if it was used to transport his body, according to The Morning Call.

The suspects are facing various charges, including homicide and conspiracy. The younger Gamble brother will be charged as an adult. The case will be tried in Bucks County, where Rosero’s body was found.