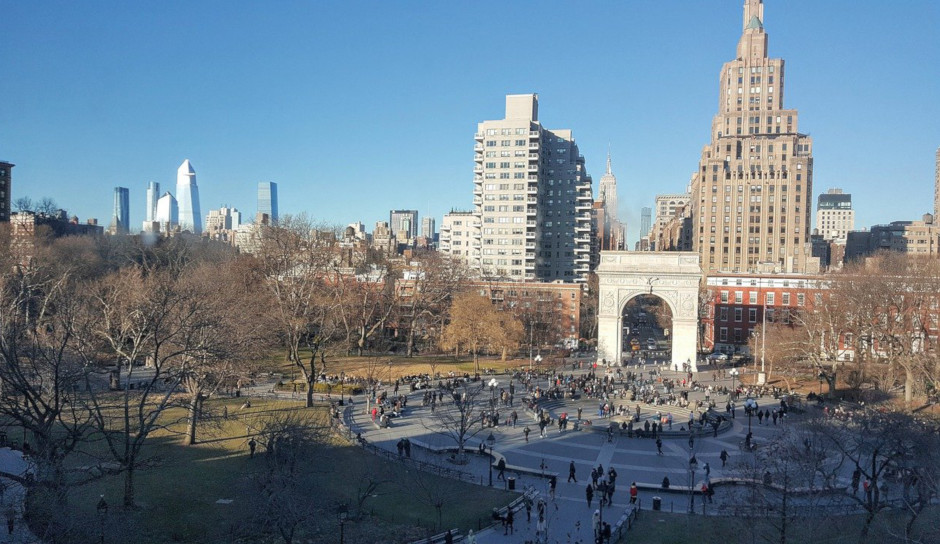 A man armed with a taser and a knife sent hundreds of young partiers scurrying for safety in New York’s Washington Square Park, sending one woman to the hospital when she was trampled by the frightened crowd.

Police arrested Jason McDermott, 42, and charged him with menacing, reckless endangerment, and criminal possession of a weapon, the New York Post said.

Investigators say they don’t know what made McDermott start waving the taser around just after 12:30 a.m. Saturday. When the Post asked him what happened as he was being arrested, he said, “My sister set me up.”

The injured 43-year-old woman was reported to be in stable condition with cuts, scrapes, and bruises, according to police.

Montana K, a 32-year-old resident of the East Village, told the Post that the woman “looked like she was trying to get out of the way.”

“While the crowd comes behind her and completely slams her to the ground,” she said.

No one else was hurt in the chaos, and the park remained open. Washington Square Park has been the scene of almost nightly parties that have occasionally prompted police to clash with the partiers. Friday night, however, they were on hand and watchful, but let the party go on.

Residents of the area have asked police to do something about multiple incidents of violence during the gatherings as well as ongoing noise issues. But partiers like Olivia Stevens, an 18-year-old New Jersey college student who says she’s at the park three times a week, say the residents shouldn’t have moved into the area if they didn’t want to be around New York nightlife.

“That’s New York. That’s what happens,” she said. “If you move near Washington Square Park that’s to be expected.”

“They can try their hardest but look at how many people are here,” she added. “Nothing is going to stop us from showing up.”