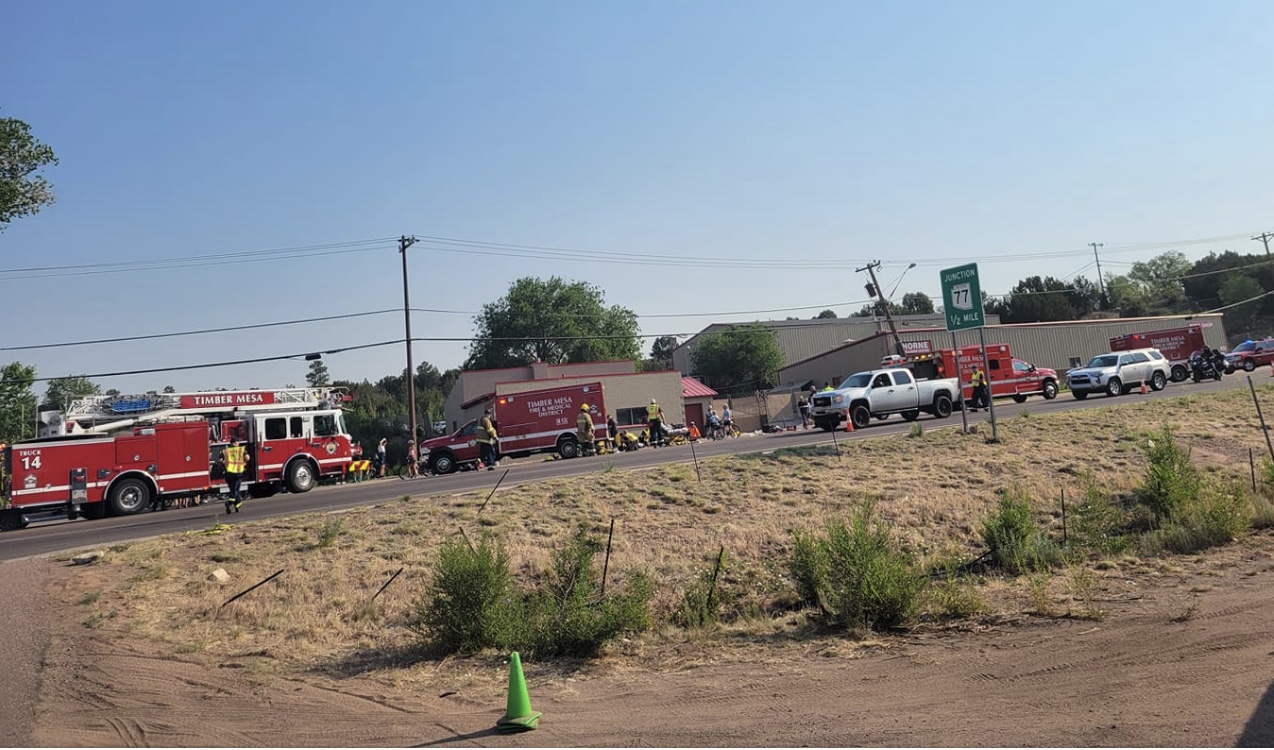 The Show Low Police Department said the suspect fled the scene. Officers attempted to stop the vehicle, and eventually shot the suspect about a mile away.

All six of the hospitalized victims were in critical condition; two of those were also listed as stable. At least two others were also injured and transported themselves to a hospital for treatment.

The unnamed suspect, who is 35, was also in critical but stable condition.

The incident happened at about 7:25 a.m. as participants in the Bike the Bluff event passed in front of Horne Auto Collision Center on US Highway 60. The suspect crossed Show Low Creek and continued west until officers caught up with him just off the highway.

According to information on the race’s website, all the men’s and boys’ categories completed their runs, which began between 6:45 and 7:20. No information is available on the women’s and girls’ categories, which would have just gotten under way when the incident took place, a few blocks from the staging area and start/finish line.