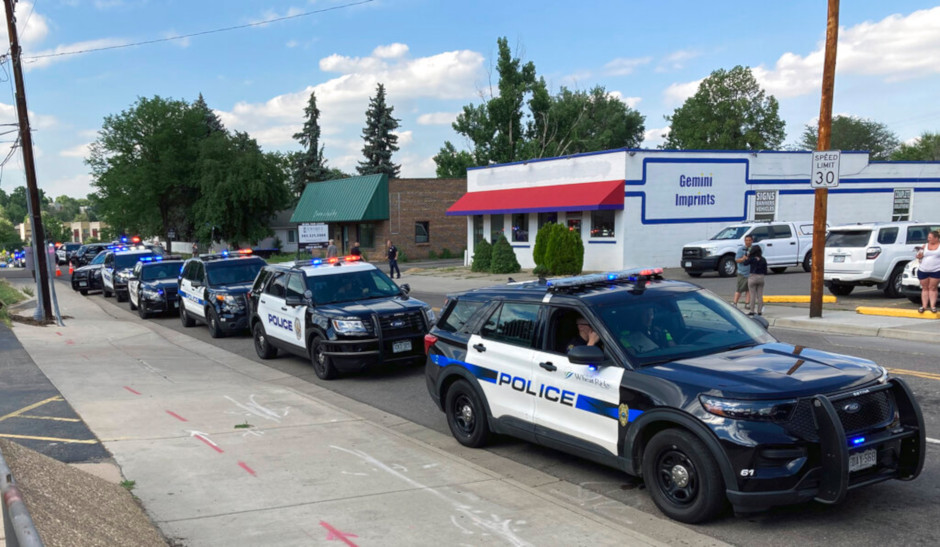 Cop, ‘Samaritan,’ and suspect all dead after shooting in historic Colorado entertainment district

Three people are dead — including a veteran police officer — after a shooting in the historic downtown district of Arvada, Colorado.

The gunfire erupted at about 1:30 p.m. Monday in Arvada’s Olde Town district, a popular shopping and entertainment destination for tourists and locals, CBS4 reported. Arvada police said the police officer and another person, described as a “Samaritan,” were shot by the suspect, and police shot and killed the suspect.

Arvada Police Deputy Chief Ed Brady told reporters Monday afternoon that one officer responded to a call about a suspicious incident near the Arvada library at about 1:15. Calls about the gunfire began 15 minutes later, the Denver Post said.

Brady did not provide any other details of the shooting, except to say the officer and the suspect were both men and the “Samaritan” died at a hospital. He said officers are still notifying next of kin of the deceased and would not identify them until that is complete.

“This is an active investigation with many moving pieces,” he said, adding the investigators hoped to have more information to release later Monday.

Diners and shoppers fled the area or dashed inside buildings when the gunshots rang out. Brady Turner, 18, told the Post he was eating lunch when he heard gunfire and screaming. He ran.

“I was looking in all directions to make sure no one was following me,” he said.

The groomers at Spoiled Dog Groomers told the newspaper they heard gunshots too, and locked the door as police yelled to stay inside.

“We’re relieved to be out,” Margie Starr said. She had fellow groomer Kaia Mathewson cuddled the dogs they were grooming, Rose and Kana, to calm them.

Less than a block away from the shooting, employees at the Arvada Chamber of Commerce headed for the basement, where they remained for more than an hour.

Balefire Goods owner Jamie Hollier told Denver7 she heard the gunshots and immediately locked the doors. Then she called her husband.

“You might hear on your news that there’s a shooter,” she said she told him. “And I’m OK. And tell my son I’m OK.”

Officials said that most of the businesses in Olde Town would be closed for the rest of the evening as the investigation continues. Additionally, City Hall closed early, and a planned city council meeting for Monday night was cancelled, CBS 4 reported.

[Featured image: Police vehicles line up to escort the body of an Arvada officer killed in a downtown shooting. (AP Photo/Colleen Slevin)]