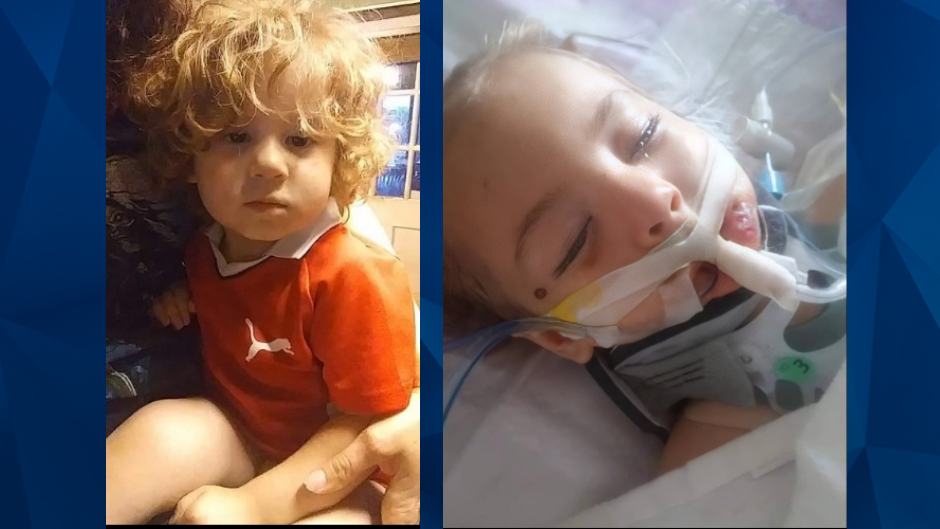 The aunt of a Pennsylvania toddler who was murdered in 2018 was criminally charged for allegedly disseminating sensitive documents which she said proves the wrong person is being prosecuted for her nephew’s death.

According to PennLive, Sarah Mullinix, 35, is due back in court on June 23 as she faces “unauthorized release of information” charges for sharing copies of medical documents and Children and Youth reports on her Facebook page called “Justice for Dante.” Her nephew, Dante Mullinix, 2, died on September 15, 2018, a week after the man watching him, Tyree Bowie, 41, reportedly brought him to the hospital with various injuries — including broken ribs, bites on his arms, a lacerated liver and pancreas, and wounds to his penal area and scrotum.

An autopsy reportedly found multiple causes of death, including a brain injury, strangulation, and chest compression.

Bowie was charged with first- and third-degree murder days after the toddler’s death. PennLive reported that Dante Mullinix’s mother had known Bowie for three weeks when she left her son with him.

Dante Mullinix’s mother was subsequently charged with child endangerment for allegedly failing to adequately treat the toddler for a medical condition he was hospitalized for days before Bowie took him to the hospital with the injuries that ultimately killed him.

The York Daily Record reported that the mother took Dante Mullinix to the hospital for an undisclosed but “very painful condition” that hospital staff believed was left untreated for an extended period of time. Hospital staff instructed the mother to get several prescriptions filled for her son, which she allegedly did not do.

As a result, the toddler hollered in pain at the shelter that he and his mother were staying at — prompting staff to file a child abuse report on September 1. The following day, Child and Youth workers made the mother fill her son’s prescriptions, per the news outlet.

According to the York Daily Record, in 2020 Bowie sent Children and Youth reports and medical documents to Sarah Mullinix that he obtained through discovery — which is the exchange of evidence between the prosecution and defense in order to prepare each side for what information will be presented at trial.

Sarah Mullinix allegedly posted photos of the documents to her Facebook page, which York City police said was prohibited under the Child Protective Services Law.

“Discovery is public record, even if it’s Children and Youth records. It’s not confidential,” she told PennLive. “That law they’re trying to charge me with is mainly for government officials. I do not work for Children and Youth.”

Sarah Mullinix said she believes the criminal charges filed against her are retribution for criticizing the police’s murder investigation. She has maintained that a member of the Latin Kings — not Bowie — is responsible for her nephew’s death.

Per the report, Sarah Mullinix claimed there is evidence suggesting her nephew was abused before the boy’s mother met Bowie. She said the toddler tested positive for herpes, which neither his mother nor Bowie had. He reportedly also had a wrist fracture that he apparently broke before Bowie came into the picture, according to the aunt.

Sarah Mullinix reportedly last saw her nephew three months before he died. Children and Youth documents reportedly showed that staff received multiple reports regarding a lack of food and clothing regarding the toddler in addition to concerns about his mother’s mental health.

Citing those documents, PennLive reported that numerous reports made to the agency were deemed “invalid” or “screened out.” In one instance, “services” to the mother and toddler were closed in October 2017.

Meanwhile, police alleged that Sarah Mullinix told investigators that Bowie was not allowed to send her the documents so she instructed him to send the paperwork to her mother’s home. Police claimed she had the documents sent to her mother, who has a different last name, to evade suspicion.

Sarah Mullinix told the York Daily Record that the documents she obtained from Bowie were not marked as confidential.

Legal experts told both the Daily Record and PennLive that Sarah Mullinix is likely protected under the First Amendment. Ken Paulson, director of The Free Speech Center at Middle Tennessee University, claimed she was acting as a citizen who was sharing a newsworthy piece of information.

Experts also said that privacy should not be an issue in the case as Dante Mullinix is deceased.

Sarah Mullinix is currently free on her own recognizance. She is due back in court this week for a motion hearing.