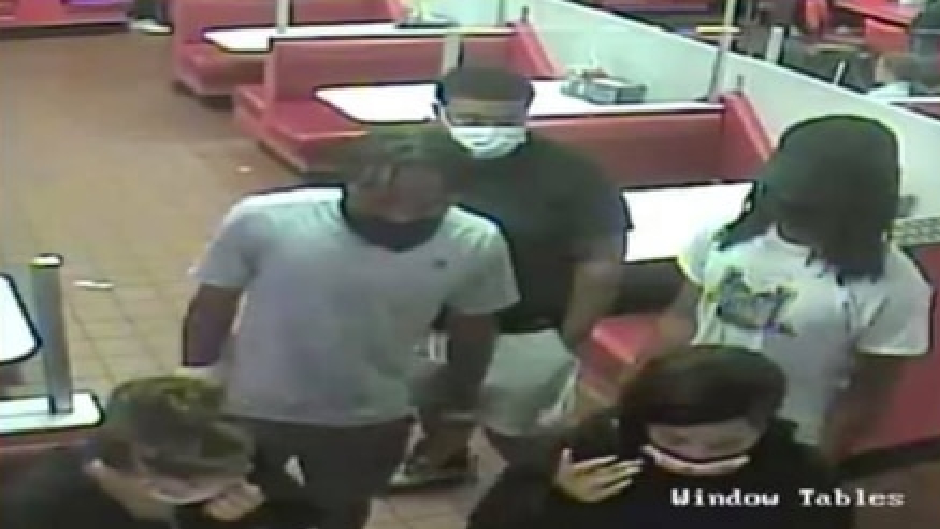 Waitress abducted, beaten, & left on side of highway after confronting dine-and-dashers who skipped out on $70 bill: Cops

On Saturday, an unidentified group attacked and abducted a waitress who confronted them about running out on a $70 tab, according to New Jersey authorities.

The 20-year-old victim was reportedly working at Nifty Fifty’s in Washington Township when she pursued the five suspects, who allegedly left the establishment without paying for their meals. Police said the suspects pulled her inside a vehicle and assaulted her, according to WPVI.

Surveillance footage apparently shows a woman run out of the vehicle before the vehicle takes off with the waitress inside.

The suspects allegedly pushed the victim out of the vehicle on Route 42, less than a mile from the restaurant. Police believe the vehicle did a U-turn to pick up the woman who initially fled, according to WCAU.

The news station reported that the victim did not have a cellphone on her but managed to get across the busy highway and back to the diner, where she called 911. Police said she had bruises and possibly suffered a concussion.

Anyone with information regarding Saturday’s incident is asked to contact Washington Township Detective M Longfellow by phone at 856-589-0330, ext. 1160, or by email at mdlongfellow@pd.township.washington.nj.us.