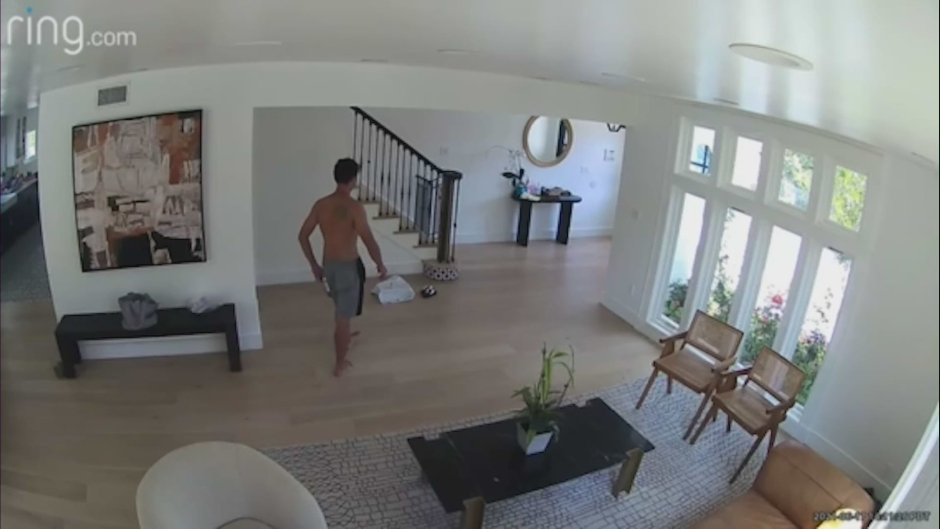 A California man allegedly broke into a family’s home on Thursday and killed their two birds.

The Los Angeles District Attorney’s Office said that Paul Kiyan, 34, gained entry into the Bel Air home and killed two parakeets. Homeowner Mat Sabz told KTTV that he was the only person home last week when his wife called him claiming their security cameras showed a naked intruder breaking in.

Police believe Kiyan got into the home with a garage door opener he got from an unlocked car. Sabz claimed he called 911 after spotting Kiyan downstairs and asking him what he was doing — to which the suspect responded, “This is my house, what are you doing here?”

Surveillance footage reportedly showed Kiyan killing the family’s two birds as Sabz barricaded himself in a room and called 911. Sabz was on the phone with a 911 dispatcher when he jumped off the balcony and onto his car while fleeing the home, according to KTTV.

“First he smiled at them like a serial killer. He put his hands near them, dropped them, and stomped on them. The other bird knew what was going on. You can hear the bird screaming and he did the same thing with the second bird. And that kind of changed everything when we saw that he killed these two defenseless animals,” he told the news outlet.

Kiyan allegedly tried on clothes and skinny-dipped in the family’s pool before neighborhood security arrived and apprehended him.

Kiyan, who KABC reported is a transient, was charged with first-degree residential burglary with a person present, vandalism, and cruelty to an animal.

The couple’s two young children were not home at the time of Thursday’s incident. Sabz claimed the children were the ones to find the birds with their necks broken.

He told KABC, “It was extremely traumatizing for the kids and for us.”