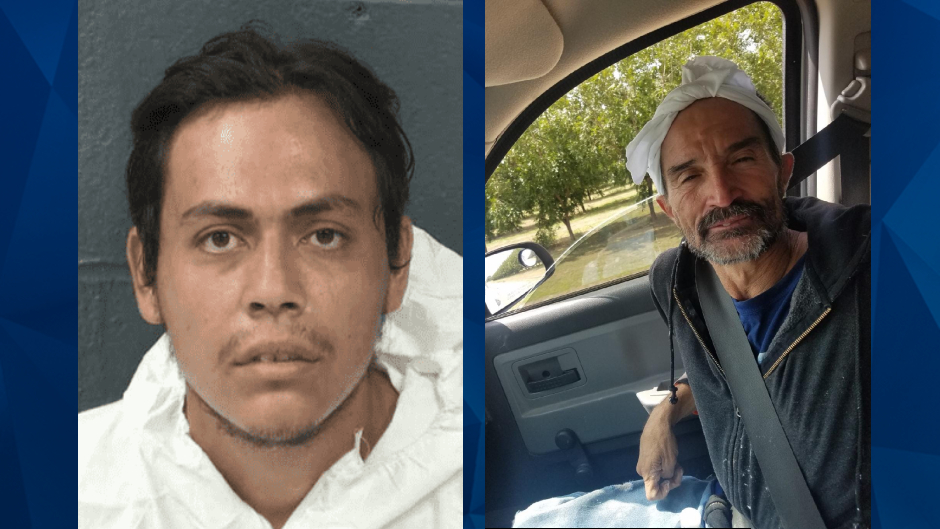 A New Mexico man with a lengthy criminal history allegedly decapitated another man at a public park on Sunday.

KFOX reported that Joel Arciniega-Saenz, 25, confessed to killing James Garcia, 51, at Apodaca Park in Las Cruces. Police who responded to the park after receiving reports of a body in the road found Arciniega-Saenz with dried blood on his hands and a knife in his possession.

Garcia was reportedly decapitated and stabbed multiple times. A pool of blood and a bloody footprint were found near his severed finger, according to the news outlet.

According to KFOX, Arciniega-Saenz said he was confronting Garcia at the park when he took a knife from Garcia, stabbed him several times, and decapitated him. Arciniega-Saenz allegedly then said he dragged Garcia’s body into the street and played soccer with his head.

Arciniega-Saenz reportedly has a lengthy criminal history which includes an arrest in April for allegedly vandalizing a Las Cruces coffee house. Doña Ana County District Attorney Gerald Byers told KFOX that they tried to keep him jailed but District Court Judge Kent Wingenroth did not deem him dangerous and released him on a $2,000 bond.

Years earlier, in 2017, Arciniega-Saenz allegedly shot and killed Benjamin Montoya, 21, at a motel in Las Cruces. Reports indicated that Montoya and his girlfriend were spending the night at the motel, where Arciniega-Saenz was also staying, when an altercation occurred and Montoya was fatally shot in the chest.

KDBC reported that Arciniega-Saenz was charged with Montoya’s murder, but the charge was dismissed in 2018 after a key witness was found in possession of a .32 caliber pistol — which matched the caliber of the gun that killed Montoya. The apparent murder weapon has not been located.