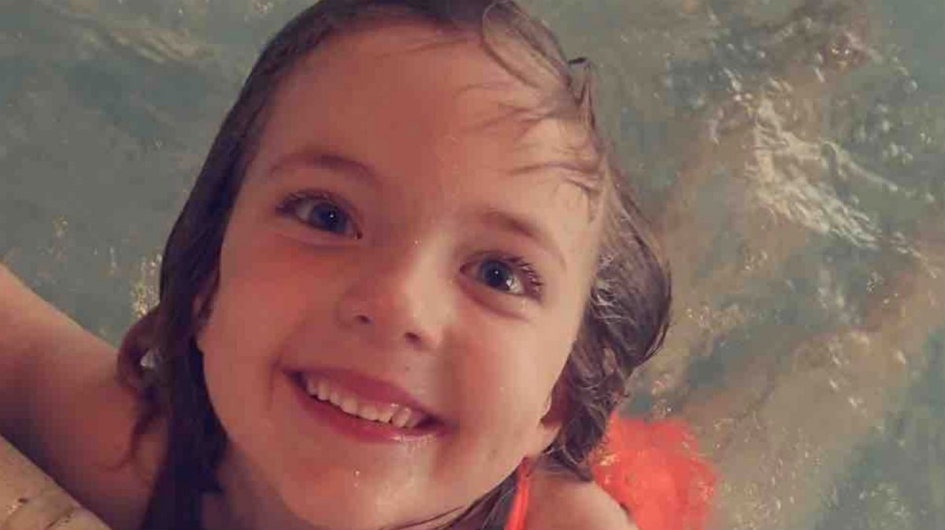 The father and stepmother of slain Minnesota girl Autumn Hallow admitted in court this week that they killed the child while doling out punishment.

As CrimeOnline previously reported, an autopsy revealed that 8-year-old Autumn had atrophied muscles and significant hair loss, puncture wounds on her head, bleeding on the brain and in the abdomen, and bruises on her hips and hands.

In August 2020, police began an investigation after a call concerning a girl submerged in a bathtub at the Hallows’ Elk River apartment. When deputies arrived, they found blood in the bathroom, then found the girl, identified as Autumn, in a bedroom while her stepmother attempted CPR.

She had blue fingers and a stiff body, according to police

“Based on the condition of [Autumn’s] body, law enforcement believed [she] had been deceased for some time,” the charges said.

The Hallows told investigators the stepmother had checked on Autumn in the shower and found her face down in the water. Brett Hallow moved the girl to the bedroom while his wife called 911. Sarah Hallow said the girl had not been eating lately but was in good health.

Autumn’s biological mother, Kelsey Kruse, told investigators that the Hallows had kept her away from her daughter since January, citing coronavirus concerns. The last time she saw Autumn, she said, she appeared normal for her age.

Prior to the court hearing, two of the couple’s other children, a 6-year-old son, and a 10-year-old daughter, told investigators that their parents tied Autumn up with a belt and put her in a sleeping bag “when she is being bad.”

Being “bad” apparently entailed urinating on the floor or in her clothing or trying to get food. Sometimes, they would tie Autumn’s hands behind her back with a shirt, the 6-year-old said. Autumn had to sleep restrained, with only her head out of the sleeping bag, the children said.

Sarah Hallow ultimately admitted that they took turns beating Autumn in the bathroom, where she had been forced to stay for at least three days. The stepmother also admitted they withheld food and water from Autumn.

At the time of her death, Autumn weighed 33 pounds. Her official cause of death was listed as

According to an investigative report by ABC 5 in Minneapolis, at least 30 calls were made to police in connection with the Hallows. Most of the calls concerned screaming and shouting coming from the couple’s apartment.

One caller told police that “she could hear loud screaming and crying of a juvenile from an unknown apartment. She also heard what sounded like an adult hitting [a] child.”

Other calls happened during custody arguments between Kruse and Brett Hallow. In 2019, Kruse reported that her child had “suspicious injuries.” Earlier this year, Kruse contacted police when her ex failed to deliver Autumn to her.

“The father did not bring the daughter down,” police wrote, according to People.

Between May 10 and August 2, court documents indicate that Kruse called the police five times concerning her daughter. The reports indicate that “she had been unable to establish contact, whether in person or by phone, with [Autumn] or [Brett] for over two weeks.”

Along with second-degree murder, the pair pleaded guilty to multiple child abuse charges involving the two other children in the home.

Formal sentencing is scheduled for September. Prosecutors said both convicts will likely face at least 40 years in prison.