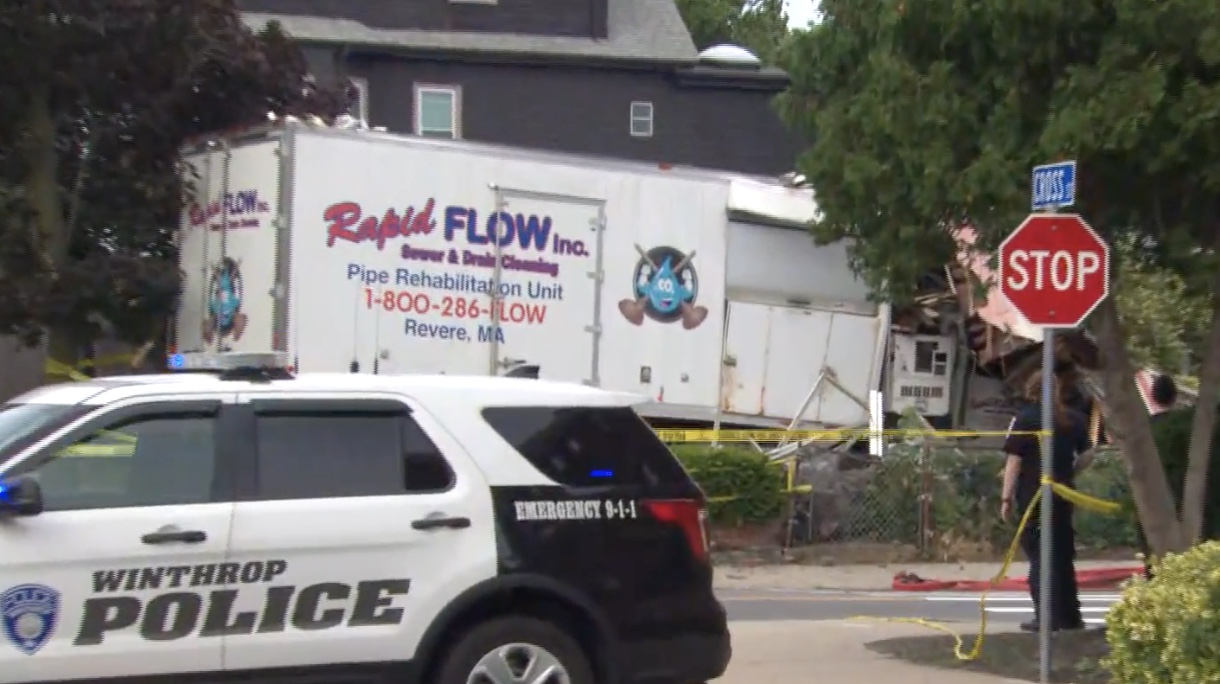 3 dead after suspected gunman steals truck, crashes it, shoots 2 on the street

State police said a man stole a truck belonging to a plumbing company and crashed into a building, WCVB reported. The man exited the vehicle and fled on foot, at some point shortly after the crash shooting a man and a woman, both of whom died from their wounds.

Police arrived minutes later and shot the suspect. He too died from his injuries.

Investigators are trying to determine if the male victim, identified as a retired Massachusetts State Police trooper, was trying to engage the suspect when he was shot. The woman was a bystander, police said. Neither of the victims knew the suspect, police said.

The truck completely demolished a building at the intersection of Shirley and Cross Streets in Winthrop. Across the street, another vehicle crashed and was seen in photos with severe damage. It’s not clear how it was related to the incident.

Investigators said one police officer was taken to a hospital for evaluation was but wasn’t seriously hurt.

At least one gun was recovered from the scene.

No other information, including the identities of the victims or the suspect, was released.