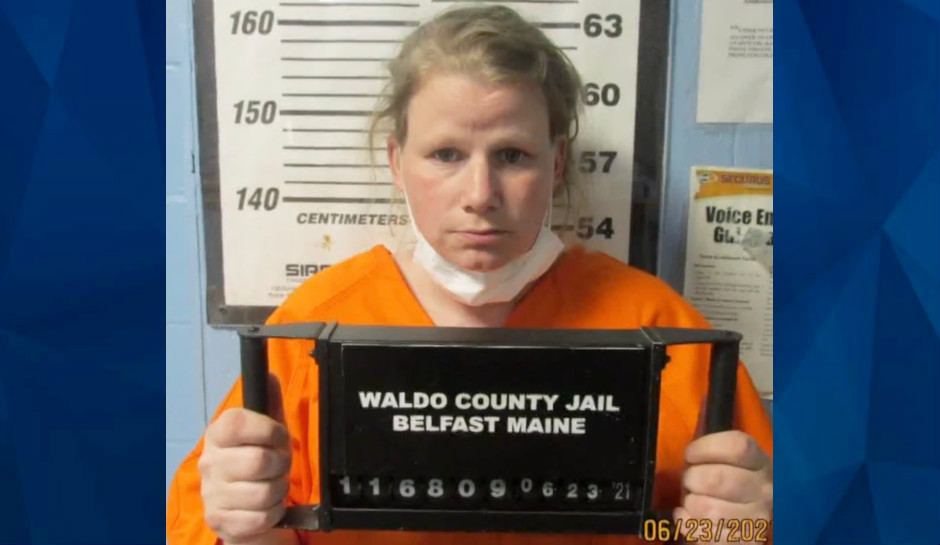 A Maine woman charged with depraved indifference murder in the death of her 3-year-old son appeared in court Friday and was given a $150,000 bail.

Jessica Trefethen — who also goes by Jessica Johnson and Jessica Williams — was arrested on Wednesday, following the death of 3-year-old Maddox Williams on Sunday, WCSH reported.

Police said that Trefethen and her mother, Sherry Johnson, took the little boy to the hospital, where the boy died. Trefethen and Johnson reportedly told doctors that the boy was knocked down by a dog and then kicked by his 8-year-old sister. But the chief medical examiner conducted an autopsy and determined that the cause of death was “multiple blunt force trauma” and the manner of death was “non-accidental inflicted trauma.”

The autopsy found bruises on Maddox’s legs, abdomen, and head; partially healed abrasions on his face, covered by temporary tattoos; deep tissue bruising to the buttocks; internal bleeding in the abdomen, indicating a ruptured bowel; a bleeding brain injury; and a fractured spine.

Police said the autopsy also revealed abrasions on the inside of his lips and three missing teeth — X-rays showed that Maddox’s adult teeth were not yet in position to push his baby teeth out.

Trefethen reportedly told police that her 8-year-old daughter told her the boy was knocked down by a puppy. She told investigators “she had no idea” how he had such injuries but added that Maddox “bruised very easily and her kids play wild and crazy.” Additionally, she said, he fell from a trampoline a few days earlier but seemed fine at the time.

Police went back to the chief medical examiner’s office, where they were told that the boy’s injuries were “too severe to be caused by kids playing, falling from a trampoline, or being knocked down by a puppy.”

Trefethen was arrested laster that day.

Her next court date is October 28.