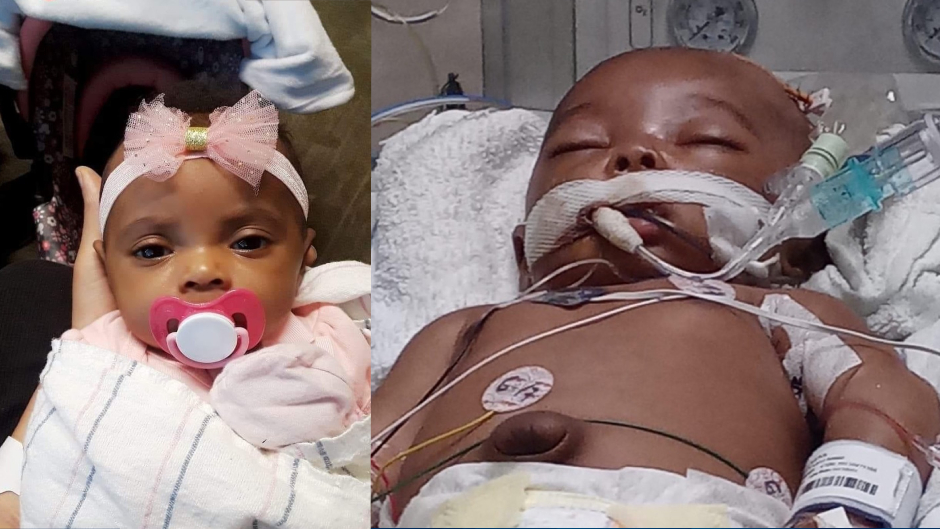 A Kentucky man is accused of fatally beating his 7-week-old daughter earlier this month while the girl’s mother was hospitalized.

Cortney Jones told WAVE that she was being treated for postpartum complications on June 17 when Del’Shawn Banks, 23, called her in hysterics. Jones said Banks was in an ambulance at the time with their daughter, Del’Luna, and paramedics had to tell her what was going on because Banks would not stop crying.

Jones was reportedly at Norton Hospital in Louisville, so she went to Norton Children’s Hospital to meet her daughter and Banks.

Jones recalled her daughter being essentially dead by the time she got to the hospital and machines keeping her alive.

The mother said a CT scan revealed that Del’Luna Banks had a skull fracture and brain bleed — injuries that suggest she was abused.

Del’Shawn Banks allegedly confessed to shaking their daughter and throwing her to the ground, causing the injuries that killed her.

“To hear that somebody hurt her and especially the situation be so severe and serious as it was, I just didn’t want to imagine. I didn’t want to think that he hurt her at all,” Jones told WAVE.

WDRB reported that before the baby’s death, Jones had not spoken to Del’Shawn Banks since they ended their relationship due to domestic violence-related issues.

Jones told WAVE, “It was always in the back of my mind that he could do something to her. It was always there, but I just didn’t want to listen to it. I know his anger. I was just scared his anger was going to get the best of him one day or his frustration.”

Del’Luna Banks’ death was deemed a homicide on June 19, and an autopsy was completed on June 21. The father was arrested after injuries discovered during the examination corresponded with what he allegedly told police happened to the 7-week-old.

Del’Shawn Banks was charged with murder-domestic violence. His bond was set at $250,000.

An update on a GoFundMe page established for the slain baby’s funeral claimed Del’Shawn Banks was released from custody on June 27.