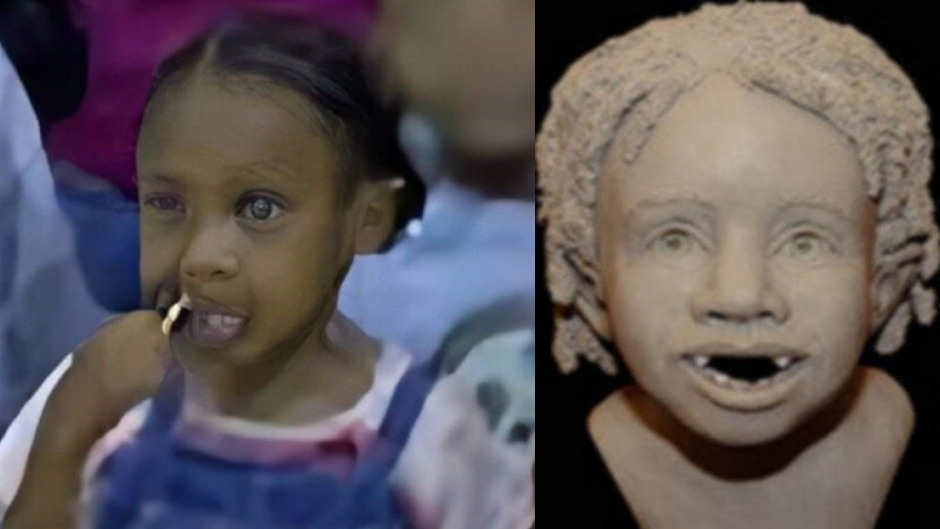 Do you know her? FBI trying to ID remains of malnourished girl found at trailer park in 2012

The FBI is working to identify the remains of an unidentified girl who was found at an Alabama trailer park in January 2012.

According to AL.com, authorities determined the remains discovered at an Opelika trailer park belong to a Black girl between the ages of 4 and 7. A long-sleeve pink shirt with heart buttons and ruffles was found near the remains, but it is unclear whether it belonged to the unidentified girl.

The child’s death was deemed a homicide, as authorities alleged she was likely abused and malnourished. Opelika police said the girl may have suffered abuse that left her scarred and blind in one eye until her death sometime between 2010 and 2012.

AL.com reported that investigators believe the deceased girl appeared ill, possible had bad hygiene and underdeveloped teeth, and appeared small for her age.

The unidentified girl is believed to have been the person seen in pictures taken around 2011 at Opelika’s Greater Peace Baptist Church Vacation Bible School. A teacher at the bible school reportedly provided the images to authorities.

The photos, which were initially released in 2016 and enhanced last year, appear to show the unidentified girl with one disfigured eye.

The girl had medium-length black hair which was styled in tight curls. Police said her weight, height, and eye color were undetermined.

According to AL.com, police said they do not believe the girl was from the Opelika area.