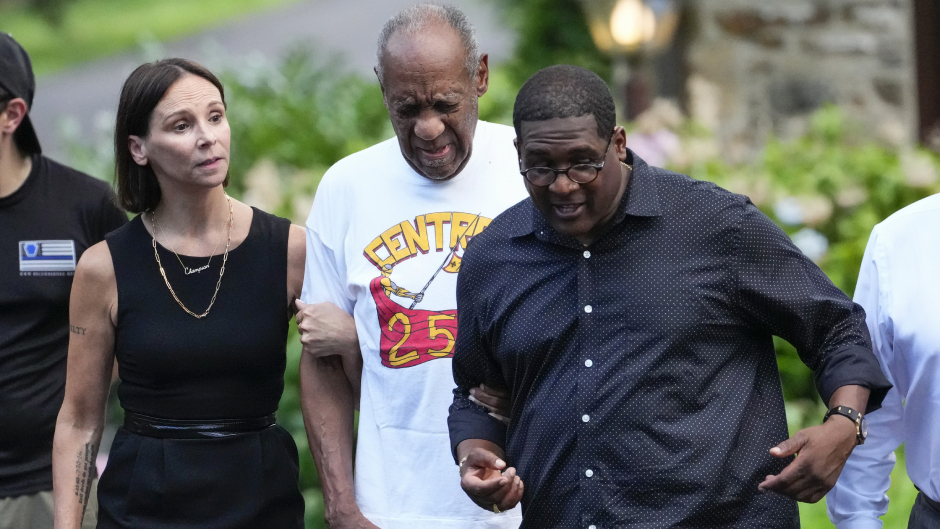 The Pennsylvania Supreme Court cited an oral agreement between a prosecutor and Bill Cosby’s legal team as the central reason for overturning the comedian’s 2018 sexual assault conviction.

In their decision issued on Wednesday, the high court ruled that a 2005 “non-prosecution agreement” between then-Montgomery County District Attorney Bruce L. Castor Jr. and Cosby, 83, was legally binding and granted Cosby lifetime immunity in the alleged sexual assault of Andrea Constand in 2004. Castor claimed he made the agreement so that Cosby would testify in Constand’s civil lawsuit — as the comedian could not evoke his Fifth Amendment right against self-incrimination and would be required to testify.

The court also ruled that Cosby can not be prosecuted again in this case, prompting his release from the State Correctional Institution-Phoenix, where he has been housed since 2018.

As NBC News previously noted, Cosby has faced sexual assault accusations dating back to 1965 from dozens of alleged victims, but only Constand’s case was prosecuted. Some of the other potential cases have exceeded the statute of limitations. One more recent accuser, Chloe Goins, alleged that Cosby assaulted her in 2008, but prosecutors in Nevada declined to file criminal charges, citing insufficient evidence, USA Today reported.

Castor reportedly admitted that the agreement was entirely verbal and undocumented, and claimed he made it with Cosby’s then-attorney Walter Phillips, who died in 2015.

Despite having no record of the verbal agreement, the court determined that Cosby reasonably believed he had immunity when he testified in Constand’s civil trial.

“In accordance with the advice his attorneys, Cosby relied upon D.A. Castor’s public announcement that he would not be prosecuted. His reliance was reasonable, and it resulted in the deprivation of a fundamental constitutional right when he was compelled to furnish self-incriminating testimony. Cosby reasonably relied upon the Commonwealth’s decision for approximately ten years,” the court wrote in their decision which can be read in full below.

Sentenced in 2018, Cosby was serving a three- to 10-year sentence for sexually assaulting Constand at his Cheltenham home in 2004. A 2017 trial ended in a mistrial as the jury was unable to reach a verdict.

At his second trial, prosecutors argued that the comedian had a penchant for drugging and raping unconscious women. At least 60 women have accused Cosby of sexual assault.

However, Cosby appealed his 2018 conviction last year, and the state Supreme Court opted to hear the case in September.

Cosby’s camp argued that then-prosector Castor granted Cosby immunity in 2005 so he could testify in Constand’s civil lawsuit against him. It was during the civil trial when Cosby admitted to giving quaaludes to women with whom he intended to have sexual relations.

Constand had reported that assault to Castor’s office, but he declined to criminally charge Cosby. He announced his decision in a press release issued in February 2005.

A decade later, Castor’s successor, Montgomery County District Attorney Risa Vetri Ferman, charged Cosby with sexual assault in December 2015 after unsealing the comedian’s deposition in Constand’s civil lawsuit. The charges were filed two weeks before the statute of limitations would expire, according to the Philadelphia Inquirer.

The 2005 agreement between Castor and Cosby was a point of contention for prosecutors who succeeded Castor, and who pointed out there was no record of any deal.

During a 2016 hearing to have the charges against Cosby tossed, current prosecutors again noted there was no documentation detailing an agreement between Castor and Cosby — which they argued was required to have the charges dismissed, according to the Associated Press.

While Castor admitted during testimony that his February 2005 statement did not mention an agreement between his office and Cosby, he asserted that his decision not to file charges, specifically his written announcement of his decision in a press release, should have prevented his successors from pursuing a case against Cosby.

Further, Castor claimed he sent then-district attorney Ferman an email in September 2015, after learning the case was reopened, in which he reminded her of the existing agreement. He testified that he attached that press release to that email.

“Again, with the agreement of the defense lawyer and [Constand’s] lawyers, I intentionally and specifically bound the Commonwealth that there would be no state prosecution of Cosby in order to remove from him the ability to claim his Fifth Amendment protection against self-incrimination, thus forcing him to sit for a deposition under oath,” Castor wrote.

“I believed at the time that they thought making him testify would solidify their civil case, but the only way to do that was for us (the Commonwealth) to promise not to prosecute him. So in effect, that is what I did.”

Per the Associated Press, Castor also testified in 2016 that he pursued this verbal agreement with Cosby in the hope of maximizing Constand’s payout, believing the comedian would be candid about what occurred if he did not fear prosecution. (Slate reported that Constand and Cosby ultimately settled out of court for $3.38 million.)

During the hearing, Castor revealed that he did not have the agreement filed in court because Cosby feared publicity would damage his reputation. It is unclear to what extent, or why, Castor deferred to Cosby’s preference in the decision not to file. Castor reportedly testified that he did not feel a formal agreement was necessary because he “concluded there was no way the case would get any better,” according to the report.

Prosecutors who succeeded Castor argued that the agreement had to be filed in court for it to be valid.

On Wednesday, the state Supreme Court voted 6 to 1 to overturn Cosby’s conviction and 4 to 3 in favor of barring future prosecution in this case.

“When a prosecutor makes an unconditional promise of non-prosecution and when the defendant relies upon that guarantee to the detriment of his constitutional right not to testify, the principle of fundamental fairness that undergirds due process of law in our criminal justice system demands that the promise be enforced,” Justice David Wecht wrote in the majority opinion.

Cosby’s appeals lawyer, Jennifer Bonjean, celebrated the high court’s decision, and told the Associated Press that Cosby should have never been charged in the first place.

“District attorneys can’t change it up simply because of their political motivation,” she said.