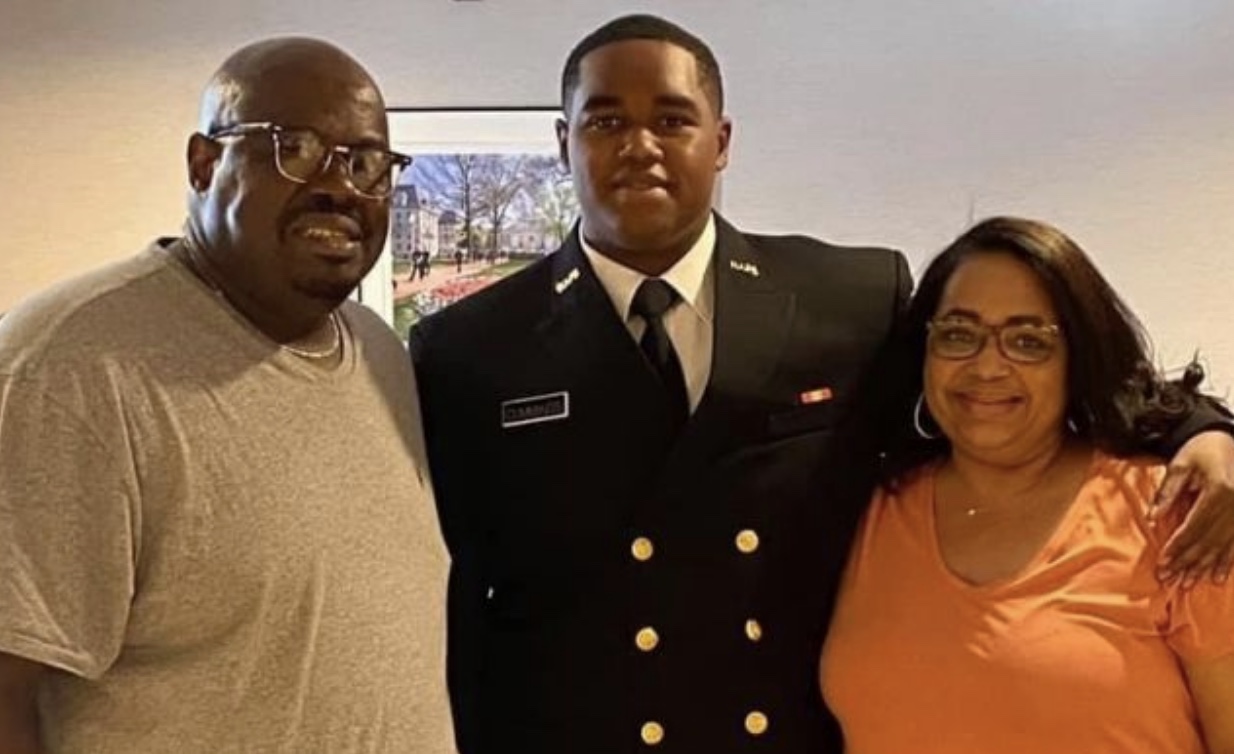 A Texas mother was shot and killed while sitting on the patio of her hotel in Annapolis, Maryland, where she had come to drop off her son to begin his time at the US Naval Academy.

Cummings’ son, Leonard Trey Cummings III, was a Westfield High School football player in Houston and had been awarded a scholarship to play at the Naval Academy.

Lt Col Todd McCarthy, the officer in charge of plebe summer at the academy, told WJZ in Baltimore that the young man will process in Wednesday and then take leave before returning for his studies.

“He made the choice to stay here and join us for plebe summer,” said McCarthy. “I couldn’t be prouder of that young man.”

Annapolis Police Chief Edward Jackson told ABC13 that he spoke with the young man and told him he believed the best way to honor his mother was to stick with the academy.

“I believe that she is watching down over him and what my focus is now is to bring closure to the Cummings family,” Jackson said. “I told him I was proud of him, and he’s doing something that the entire family is proud of, so don’t let some misguided gunman take that away from him.”

Jackson said that surveillance video showed two people sitting in a vehicle near where Cummings was hit. He declined to say if investigators had a suspect or suspects but said detectives were interviewing witnesses and reviewing more security video. Cummings, he said, was an innocent bystander.

The FBI and Annapolis police have offered a $20,000 reward for information leading to an arrest and conviction, and Metro Crime Stoppers has chipped in another $2,000, WJZ reported. Both FBI and ATF agents are assisting with the investigation.

The Spring Integrated School District said it was devastated by Cummings’ death, noting that she had been an active school and athletic booster and “a very engaged parent.” She was also a founder and administrator of the Class of 2025 Navy Football Moms Group page.