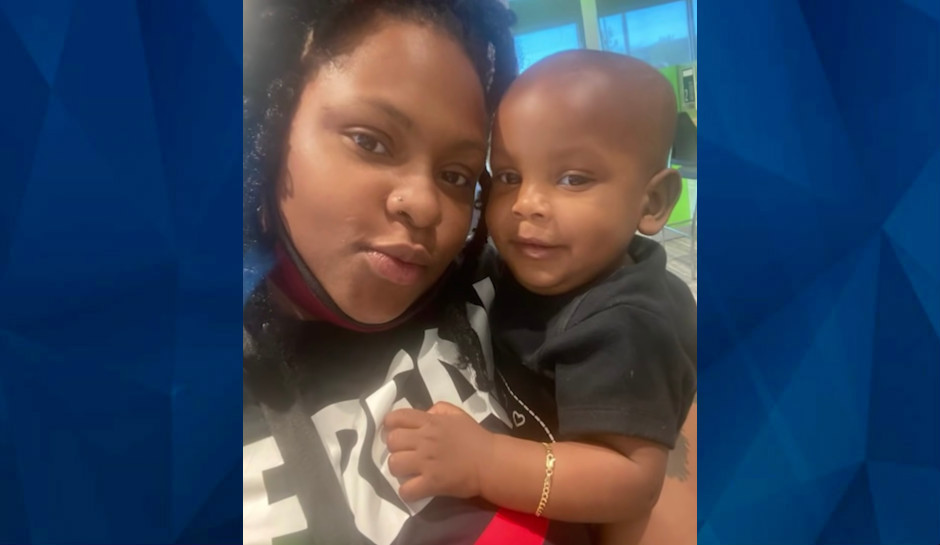 Houston police are looking for a man suspected of killing a young mother and wounding the child they had together — on the baby boy’s first birthday.

Investigators said the suspect, who they have not named, was out of jail on seven felony bonds and was supposed to be wearing an ankle monitor, according to WFAA.

Layla Steele was fatally shot in a parking lot on Thursday after having a loud argument with a man, witnesses reported. She was holding her 1-year-old son Zeus when the shooting started, and the boy was hit in the ankle.

Steele was shot at least four times and pronounced dead at a nearby hospital. The baby boy is in stable condition.

Houston Police Department Assistant Chief Patricia Cantu said the suspect was wearing the ankle monitor at the time of the shooting but may not be wearing it now.

Layla Steele’s mother, Shirley Steele, told KHOU she was on the phone with her daughter just before the shooting.

“She was in love with him, but she was scared of him,” she said. “There’s no way that that should’ve slipped, where seven felony bonds, a person was out, and I feel like, my sister’s blood is on their hands.”

And now, she said, the baby’s birthday will forever be the day he lost his mother.

“Every year we celebrate his birthday, we have to celebrate losing my sister,” she said.

Houston Mayor Sylvester Turner would seem to agree, according to WFAA.

“There is no justification for somebody to be out on five, six, seven bonds. It needs to stop,” he said. “We should not count on ankle monitors to track violent criminals.”