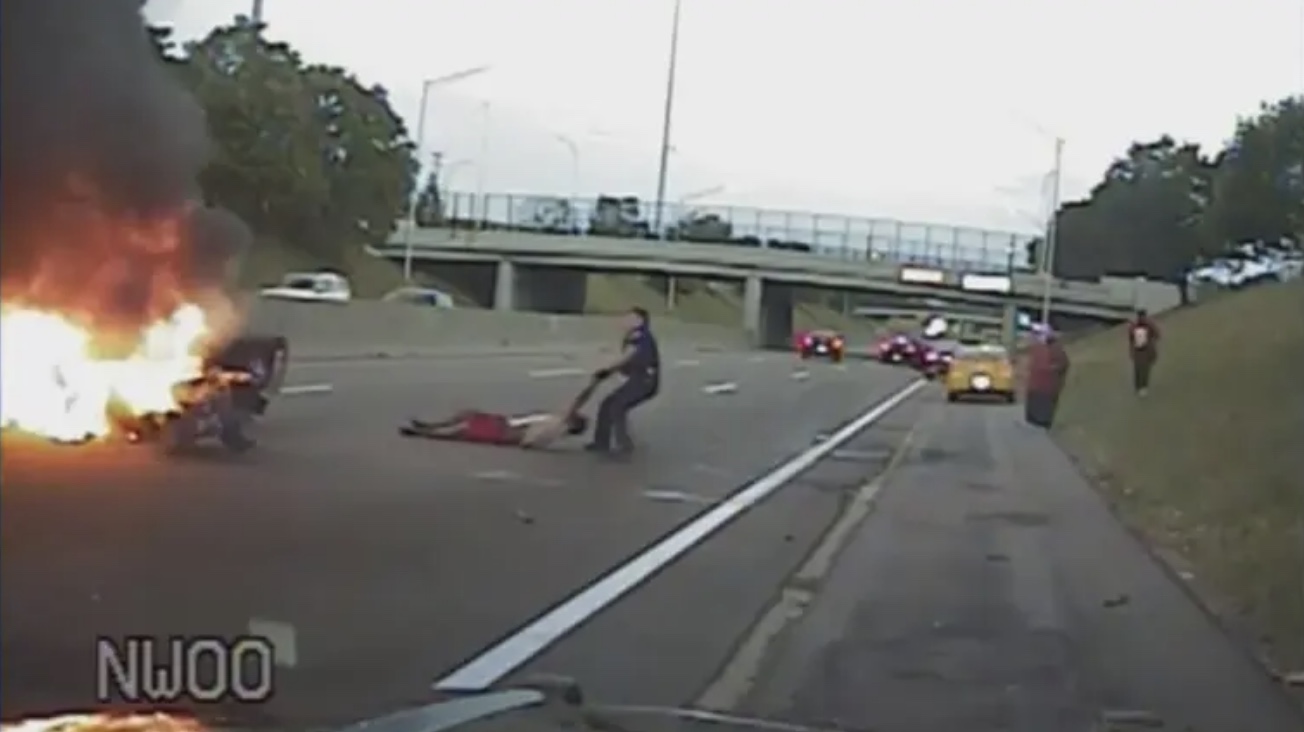 A Michigan police officer wasted no time getting to a vehicle crash victim, pulling the stunned man out of his car as flames engulfed it.

It wasn’t clear what caused the rollover crash, but Officer Luke Pauley darted across the roadway and pulled out the 23-year-old driver, then dragged him to safety.

Pauley told the station he could see the young man moving inside the car, trying to get out, but he appeared to be fading in and out of consciousness.

“I was worried it was going to explode. I never knew that cars don’t explode, so it was popping. I don’t know what was making that noise, I think it’s from the tires.”

The officer said the victim’s sister called to thank him for his heroic actions.

The victim was taken to a nearby hospital and is going to recover from his harrowing experience.