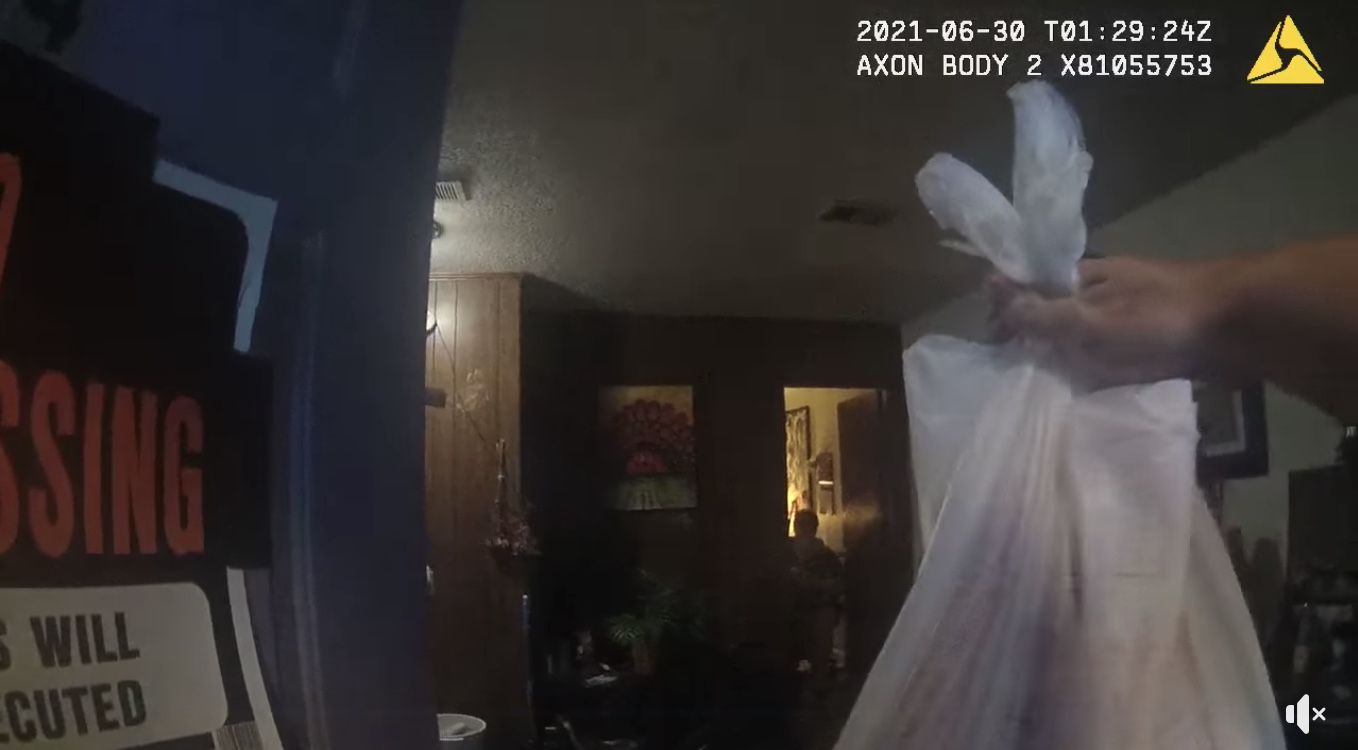 “Your DoorDash guy got arrested, so I brought your food to you,” Jonesboro, Arkansas, Police Officer Tyler Williams told the surprised residents who answered his knock last month.

Williams nabbed the unidentified driver on June 29, charging him with driving with a canceled, revoked, or suspended license and driving without proof of insurance. The driver also had a failure to appear warrant from a neighboring county.

When he saw the food order for “Sherri” in the car, he got the address from the driver and made the delivery.

Jonesboro Police released Williams’s body camera footage from the delivery, showing the initial confusion from the man who answered the door to a police officer asking for Sherri.

“The man at the door was confused but seemed surprised and pleased when he realized what Officer Williams did,” Jonesboro Police Department spokeswoman Rachel Anderson told Denver 7.

She said she wasn’t sure where the food came from, “but I believe it was Chinese food.”