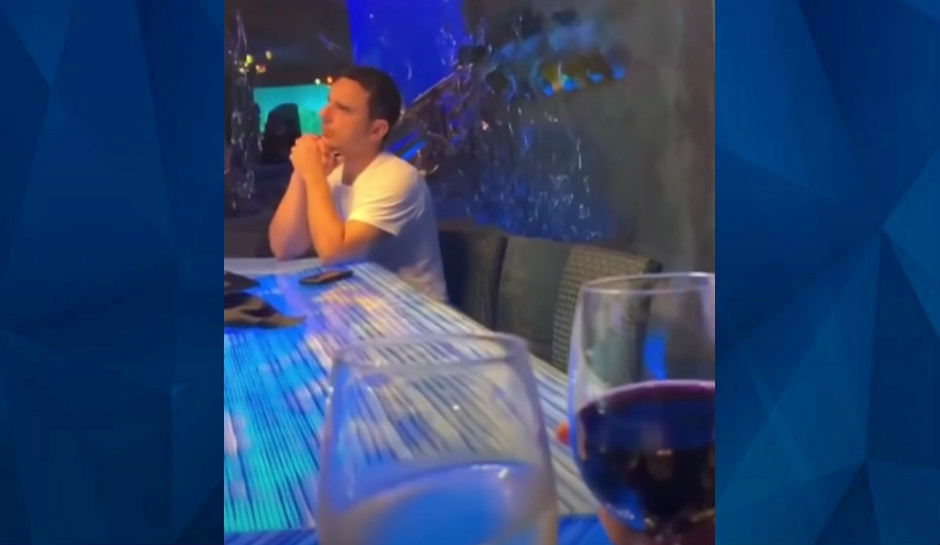 A Texas man opened fire on a New York couple having dinner at Houston’s Downtown Aquarium restaurant last week, killing the husband before turning the gun on himself.

Danny Cazares, 39, had been sitting at the bar, drinking alone for several hours on Thursday before he shot Gabriel Moriones Vargas, 29, and his 24-year-old wife, seated just feet away from him at the restaurant bar, sources told KPRC.

Vargas and his wife posted several photos and videos to social media from the restaurant, including one video that showed Cazares in the background, his hands clasped at his chin, as they toasted wine.

Houston police said Moriones was pronounced dead on the scene, while his wife was hit the leg and taken to a hospital in stable condition.

Investigators said the couple and Cazares were not aquainted and a motive for the shooting is unknown, but his family told ABC 13 that Cazares was “a sweet man” with schizophrenia.

Houston police also released a statement saying he had a history of mental illness as well as several brushes with law enforcement.

“You know, this is a horribly tragic incident, and you know this is the type of situation that should make us all pause, send out as many prayers as we can for all the families and all the lives that would be affected,” Slinkard said.

KPRC said that Cazares was out on bond on a gun charge in April, when his niece called police to a restaurant and told them he was “high on meth and had a pistol.” Last fall, the station said, he was charged with criminal mischief after he thought someone was inside his motel room and trashed the room.  And on Christmas Eve, Cazares was charged with criminal trespass when he was found wandering around a fire department bunkhouse.