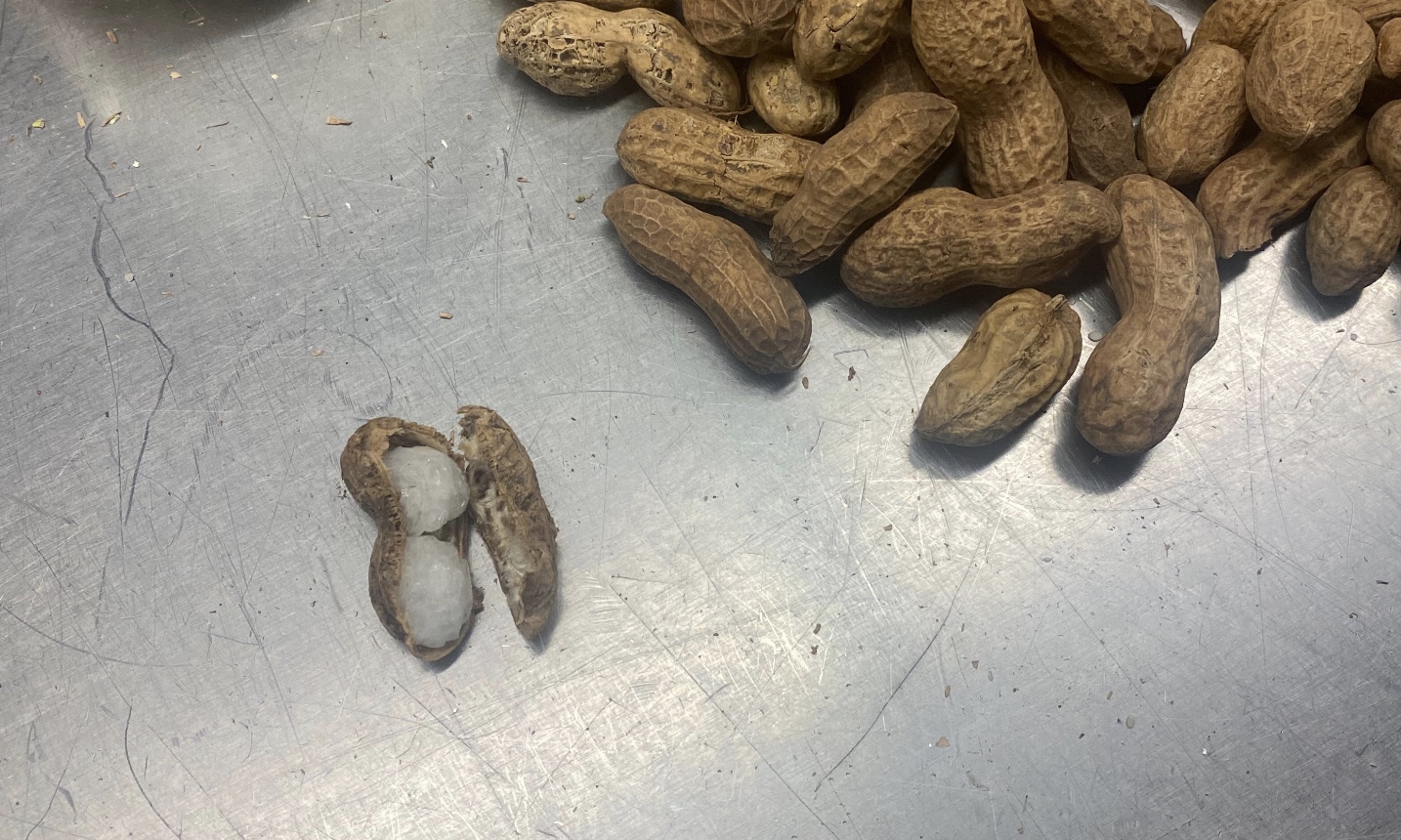 The shipment of peanuts and other food preparation materials was manifested as “REGIONAL BREAD ROASTED PEANUTS REGIONAL DUST SWEET MADE OF CORN” in a shipment that began in Mexico and was on its way to east Texas, CBP said.

“My experienced officers long ago lost all surprise at the smuggling methods they encounter every shift,” said Area Port Director Michael Neipert. “Narcotics in fruit, nuts, baked goods, shoes, toys and all kinds of other items disguised as gifts or other legitimate shipments fly through the express consignment world. These days you can get a gram of methamphetamine at half the price of what cocaine costs, and at twice the potency. I’m proud we were able to keep this shipment from getting to its destination.”

CBP said that an x-ray of the shipment showed suspicious anomalies, so officers opened it. When they cracked open the peanuts, they found a white crystal substance that tested positive for meth.

Neipert said the 489 grams of meth represents nearly 2,500 doses of the drug.