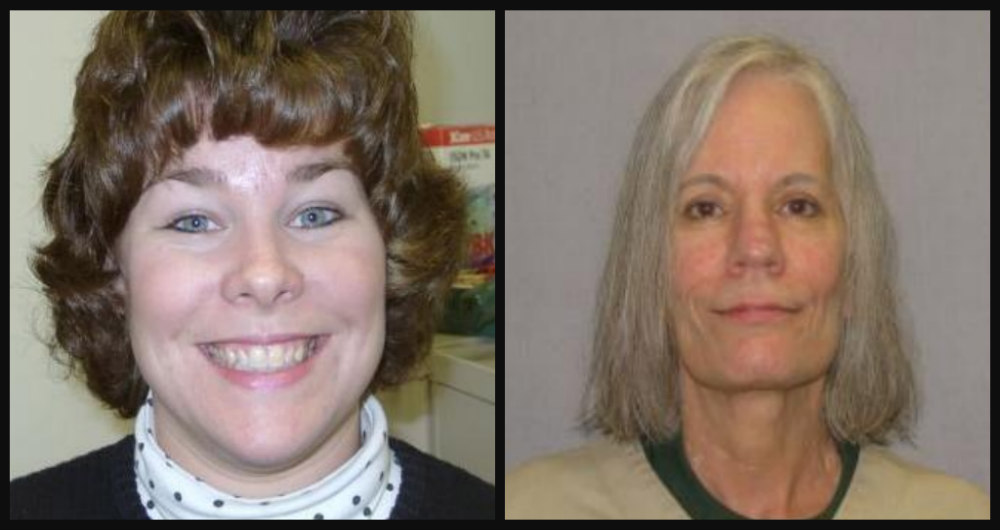 Suspected female serial killer Pam Hupp is facing another murder charge after police say she killed a longtime friend in 2011.

According to Lincoln County Prosecuting Attorney Mike Wood, Pamela Hupp (pictured right), who’s serving a life sentence for killing a disabled man in 2016, has been charged with the death of Elizabeth “Betsy” Faria (pictured left).

Wood said that he believes Hupp killed Faria, who had cancer, after convincing her to change a $150,000 life insurance policy into Hupp’s name. Within days after Faria changed the policy, she was found dead. Faria had been stabbed around 55 times, the St. Louis Post Dispatch reports.

On the day of her murder, Faria was scheduled for a chemotherapy appointment. Authorities said Hupp stalked Faria on the day in question, even showing up to the doctor’s office and offering to bring her home.

Hupp also allegedly showed up at Faria’s mother’s home twice and eventually convinced Faria to allow her to take her home, police said. Hupp’s cellphone pinged close to Faria’s home on the night in question.

Prosecutors intend to seek the death penalty against Hupp.

As CrimeOnline previously reported, Huff has already been convicted of killing Louis Gumpenberger in her O’Fallon home. Hupp is believed to have killed Gumpenberger, who was mentally and physically disabled, in August 2016 by pretending to be a “Dateline NBC” reporter working on a local story.

At the time, the television show was in the area covering Faria’s murder.

While Betsy’s husband, Russell Faria, was convicted of his wife’s murder in 2013, he was exonerated in 2016 after his defense lawyers successfully argued that crucial evidence was suppressed in his trial. Russell Faria also accused Hupp of killing his wife because she was the beneficiary of the life insurance policy.

Reports indicated that Hupp was the last person to see her alive and she told investigators that she was her lover.

Russell Faria’s exoneration led to a renewed interest in his wife’s murder. Hupp is believed to have killed Gumpenberger to take the attention off herself in her friend’s 2011 slaying, and also to frame Russell Faria for Gumpenberger’s shooting death by making it appear as if Gumpenberger was a hitman Russell Faria hired to recoup the life insurance money.

Calling herself “Cathy from NBC,” Hupp offered Gumpenberger money to reenact a 911 call for “Dateline.” Instead, she fatally shot him in her home and claimed self-defense.

According to NBC, a probable cause statement alleged that Hupp planted a note on Gumpenberger’s body which “appeared to be instructions for Gumpenberger to kidnap Hupp, get Russ’s money from Hupp at her bank, and kill Hupp in order to collect the rest of the $10,000.”

After Gumpenberger’s murder, several witnesses came forward and told authorities that a woman matching Hupp’s description had also approached them with a similar proposition.

Wood added that authorities are looking into “misconduct and potentially criminal behavior on the part of (the former) investigators and prosecutors,” in Faria’s case.

“This case has been a dark cloud that has hung over Lincoln County for a decade,” he said.

Huff is also suspected of possibly killing her own mother, Shirley Neuman, in 2013; her manner of death is currently listed as “undetermined,” according to the St. Louis County Medical Examiner’s Office.

“That’s not to say it’s intentional,” Suzanne McCune, an administrator with the St. Louis County Medical Examiner’s Office, told Dateline. “Rather, it’s to say the amount of evidence available is no longer clear and compelling enough to indicate that it was an accident.”