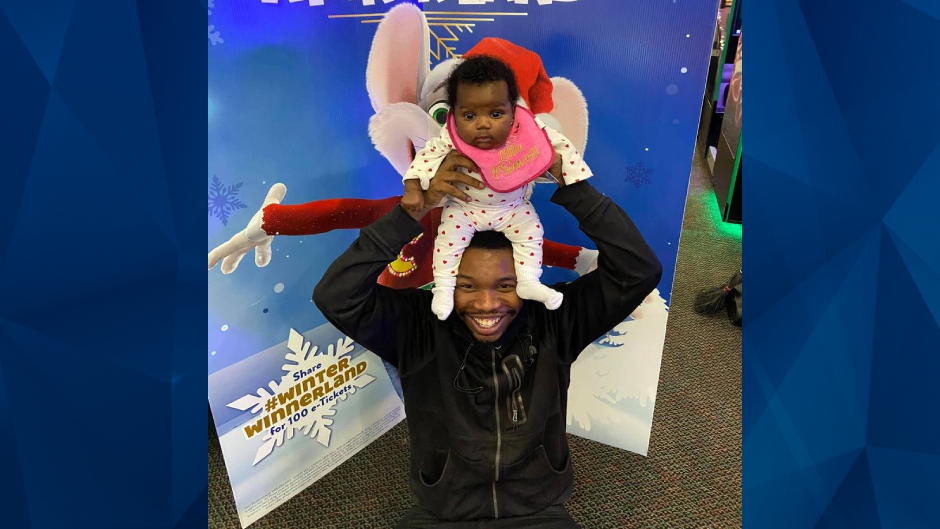 Authorities arrested a New Jersey man on Monday in connection with Friday’s house fire that killed his 9-month-old daughter and the child’s grandparents.

Surveillance footage reportedly shows Michael Sanders, 23, purchasing a torch lighter and cigars from a gas station about 10 minutes before the Hamilton Township blaze that killed his daughter, Malani Sanders, and her grandparents, Tiffany Abrams-Jones, 42, and Prince Jones, 50. The infant and Abrams-Jones died at the scene while Jones died from his injuries on Sunday, according to WPVI.

NJ.com reported that two other people, including the baby’s mother, were seriously burned in Friday’s fire.

A witness claimed that before the blaze, Michael Sanders texted his daughter’s mother telling her to get their baby out of the home.

In addition to the gas station footage, Michael Sanders was reportedly seen being dropped off near the home roughly 15 minutes before the fire. WPVI reported that Sanders fled the scene via taxi and was spotted wearing a mask and white gloves.

Michael Sanders was apprehended on Monday at a motel in Plainsboro and taken into custody. In a statement issued to NJ.com, prosecutors said they focused the investigation on Sanders after learning of the texts he sent to his daughter’s mother before the fire on Friday.

After the deadly fire, Michael Sanders allegedly posted a series of Facebook posts in which he apologized for not protecting his daughter and sent well wishes to his daughter’s mother. The account that made the posts was apparently taken down on Tuesday.

Michael Sanders was charged with three counts of felony murder, aggravated arson, and assault. Prosecutors intend to ask the court to keep him in custody until trial.