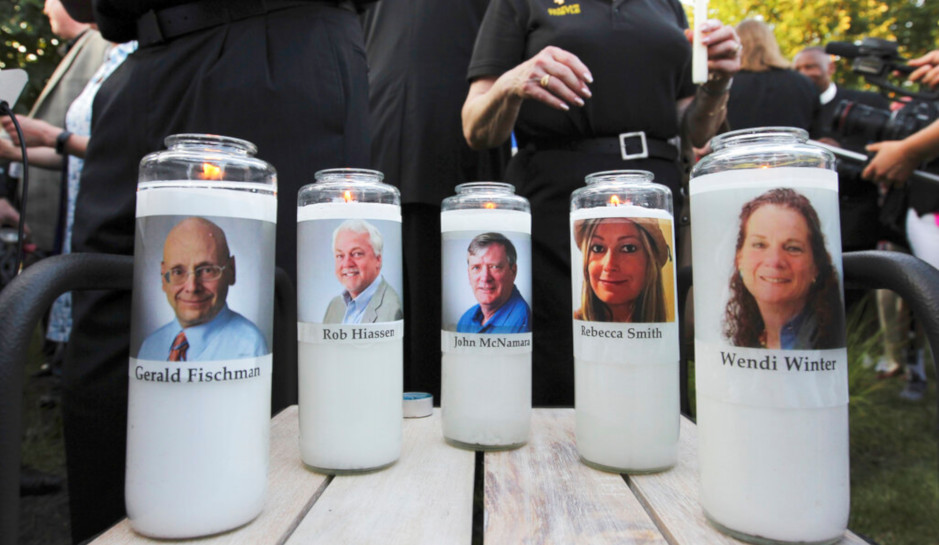 A Maryland jury took less than two hours Thursday to find Jarrod Ramos criminally responsible for his murderous attack on the newsroom of the Capital Gazette in 2018.

Ramos pleaded guilty to all 23 charges filed against him in 2019, including five counts of first degree murder for the deaths of John McNamara, Wendi Winters, Rebecca Smith, Gerald Fischman, and Rob Hiaasen. But he also entered a plea of not criminally responsible — Maryland’s version of an insanity plea, WBAL reported.

The 12-day long trial on that point consisted mostly of testimony from mental health experts on behalf of both the defense and the prosecution. In the end, the jury gave more weight to testimony about Ramos’s long-running grudge against the newspaper than to testimony that a delusional disorder, autism, and obsessive-compulsive disorder convinced him that the courts and the Gazette were spearheading a conspiracy against him.

Ramos’s grudge began in 2011 when the Gazette published a piece about his guilty plea to a misdemeanor charge of harassing a former classmate. A lawsuit alleging the paper defamed him in 2012 was dismissed as groundless, and his appeals of the ruling failed.

Prosecutors argued that Ramos was well aware of the criminality of his actions — which included plans for his arrest and a long prison sentence. Ramos also called 911 from the paper’s newsroom and said he was surrendering.

Several survivors and friends and relatives of the survivors were in Annapolis for the verdict. Photojournalist Paul Gillespie told WBAL he suffers from PTSD, anxiety, and depresssion.

“With this being over now, I’m hoping things get a little better, but I don’t know what the future holds,” Gillespie said. “He’s evil; he’s not crazy. He deserves to be in prison, and I hope he gets all five life term.”

Sentencing in the case is expected within the next two months, the Gazette reported. Prosecutors have said they will seek five life sentences.

Read CrimeOnline’s coverage of the deadly shooting at the Capital Gazette.

[FILE – In this June 29, 2018, file photo, pictures of five employees of the Capital Gazette newspaper adorn candles during a vigil across the street from where they were slain in the newsroom in Annapolis, Maryland. (AP Photo/Jose Luis Magana, File)]