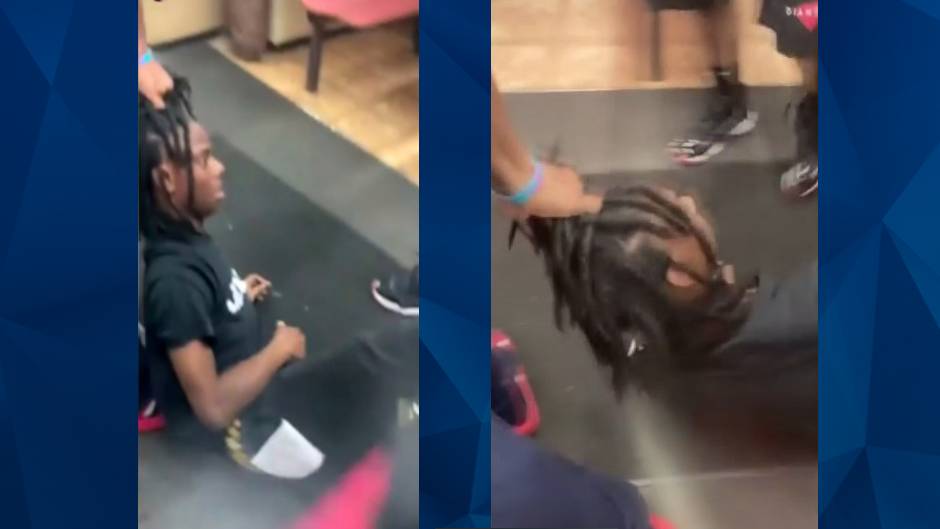 A Michigan woman who had her car stolen this week eventually tracked down and confronted the person who took it, according to reports.

WDIV reported that Bianca Chambers, 32, took to social media after her Mercedes-Benz was stolen on Monday. Police told WJBK that Chambers called them four times as she tracked her car’s whereabouts using the leads she received via social media. However, the car was nowhere to be found when officers responded to the location where the stolen vehicle was said to be.

Chambers continued to track her car for two more days when, on the third day, she received a tip about the suspect parking the stolen vehicle at a Detroit barbershop while he got his hair done.

Chambers was broadcasting on Facebook Live as she entered the business and asked the suspect if the Benz outside was his. The suspect can be heard denying the car belongs to him as Chambers attacks him.

Chambers is then seen going outside as someone off camera says the suspect is claiming he bought the car from someone for $2,500.

Chambers reportedly slashed her own tires as customers dragged the suspect out of the barbershop by his hair.

“I thought that he was gonna take off and I didn’t know how long it was going to take for the police to pull up. And I refused to let him pull off again,” she explained to WJBK.

Though Chambers can be heard saying she and the customers made a citizen’s arrest to prevent the perp from leaving, police told The Detroit News that the arrest was illegal and constituted as a felonious assault. Police claimed Chambers admitted to assaulting the suspect at some point during the ordeal.

While the suspect allegedly smoked in Chambers’ car and went on joyrides WJBK reported that the vehicle was clean when Chambers got it back because the suspect had it detailed.

Sources told the news outlet that the suspect has committed various car thefts dating back to when he was a teen. Meanwhile, Chambers told WDIV that she identified the suspect on a news story that said he was wanted for a different car theft in Northville.

The suspect remains jailed. WDIV reported that he declined to press charges against Chambers for Wednesday’s physical altercation.