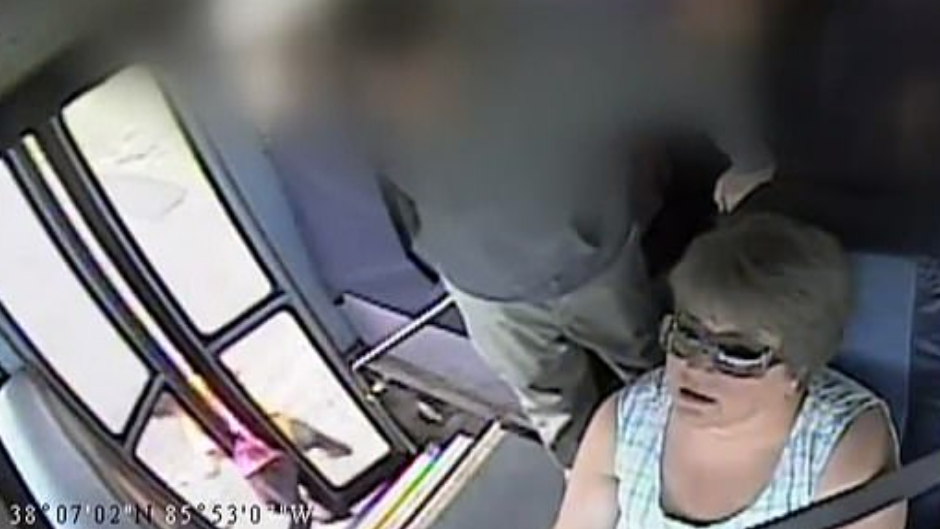 VIDEO: Girl Dragged 1,000+ Feet After Her Backpack Gets Stuck in School Bus Doors

Surveillance footage has surfaced showing a 2015 incident on a Kentucky school bus that left a 6-year-old girl seriously injured.

WAVE, who obtained the video, reported that the civil trial regarding a lawsuit filed against Jefferson County Public Schools began on Tuesday. The school district is being sued for extensive injuries Ally Rednour reportedly suffered when she was dragged by a school bus for several blocks.

Surveillance footage from inside the bus shows Rednour, who attended Wilkerson Traditional Elementary School, exiting the bus when driver Melinda Sanders shuts the door. Sanders appears not to notice that Rednour’s backpack was trapped in the double doors before she takes off — resulting in the student being dragged 1,147 feet.

The bus driver did not realize Rednour was being dragged until a car honks at her to get her to stop. The 6-year-old reportedly underwent multiple surgeries for her injuries, which included nerve damage and abrasions all over her body. WAVE reported that she also has PTSD due to the 2015 incident.

According to the news outlet, the school district ultimately fired the bus driver after an investigation determined she violated protocol by failing to watch Rednour get off the bus. Attorneys have accused Sanders of breaking 16 rules the day the elementary school student was seriously injured.

The video is expected to be shown during the civil trial. WAVE reported that a resident who was outside the school bus also filmed Rednour being dragged, but it is unclear whether that footage will be presented in court.

The bus driver was also listed as a defendant in the lawsuit, which was filed in 2018. The suit seeks an undisclosed amount in damages.