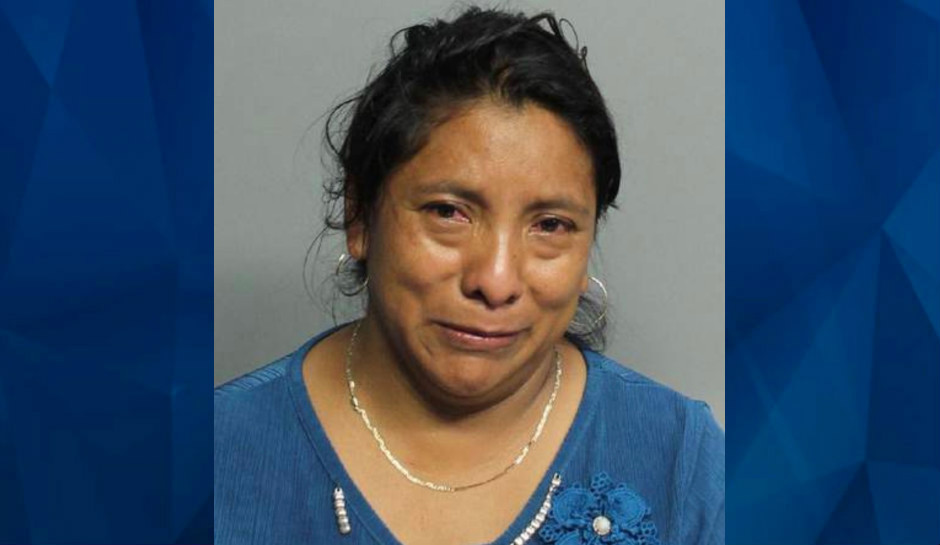 A 43-year-old Florida woman has been charged with aggravated manslaughter after she alleged left a toddler in a sweltering van for seven hours.

Juana Perez-Domingo appeared in court Saturday morning and was given a $50,000 bond, according to CBS Miami.

The police report filed in the case said that Perez-Domingo was hired to take neighborhood children to their daycare facilities and had picked up the 2-year-old girl, identified as Joceyln Maritza Mendez, at about 6:30 Friday morning. She took the girl to her home after the pickup because the daycare was not yet open, according to the Miami Herald.

At about 8 a.m., the report says, Perez-Domingo put the toddler in the third row of her minivan — without a child’s seat. Instead, the girl was strapped in with a seat belt. Perez-Domingo told police she “got distracted” and went back into her home, leaving the child in the van as temperatures reached the upper 80s.

Perez-Domingo returned to the van at about 3 p.m. and found the toddler inside, the report said. She did not call 911, instead calling the girl’s mother and “advised her that the victim had died.” Then she drove the little girl to her mother’s house.

The police report also said that Perez-Domingo did not have a driver’s license, and her transportation service was not licensed or registered.

If she is released from jail on bond, Perez-Domingo will be placed on house arrest and prohibited from driving any children other than her own, Local 10 reported.

The little girl is the second child to die in a hot car in Florida this year, according to KidsandCars.org, an organization that is pushing for legislation requiring new passenger vehicles to be equipped with a safety alert that would “detect the presence of a child who is unable to exit a vehicle or has entered an unattended vehicle independently.” Six other children have died in hot cars across the country this year, the organization said.