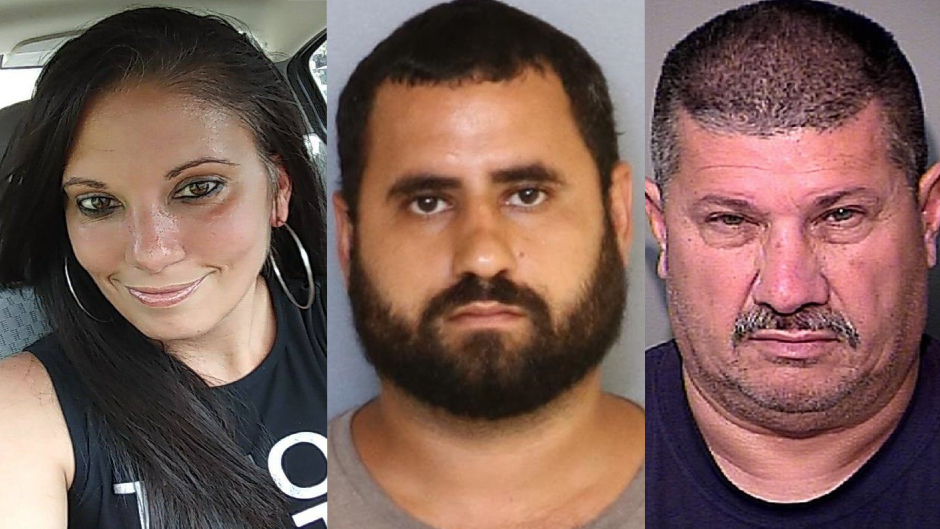 A Florida man and his father were sentenced on Wednesday to life in prison for murdering, dismembering, and burying the man’s estranged wife in 2019.

According to the Orlando Sentinel, father and son Angel Rivera and Christopher Otero-Rivera, 64 and 33, are believed to have killed Nicole Montalvo,33, to win custody of her and Otero-Rivera’s 8-year-old son. At some point, the pair devised a plan to plant drugs on Montalvo so she would lose custody.

Otero-Rivera was arrested a year before the slaying for allegedly abducting and assaulting Montalvo. The Sentinel reported that Montalvo filed for divorce in February 2019, while Otero Rivera was still jailed, alleging years of abuse.

Montalvo vanished on October 21, 2019, after dropping her son off at the Riveras’ family home where some of her dismembered remains were found. Reports indicated that additional remains were found on a second property owned by Rivera.

The medical examiner could not determine Montalvo’s exact cause of death due to the deterioration of the remains.

Around the time Montalvo’s partial remains were discovered, a neighbor who lived down the street from Otero-Rivera and Rivera told police that they saw two people digging with an excavator on the property, according to WESH.

Otero-Rivera’s son and Rivera’s brother reportedly told police that he witnessed his father in brother standing around Montalvo as she lay in a pool of blood in the garage. Once he took the stand, however, he claimed he did not recall coming home from work at that time, according to WESH.

Reports indicated that blood recovered from the garage did not belong to Montalvo. Investigators accessed GPS data from an ankle monitor Otero-Rivera was wearing due to the 2018 domestic violence case to confirm he was in the area where Montalvo’s remains were found.

Otero-Rivera and Rivera received life in prison for second-degree murder. They were also sentenced to 15 years for dismembering a human body and an additional five years for tampering with evidence.

WESH reported that the father and son’s attorneys said they would be appealing their sentences.