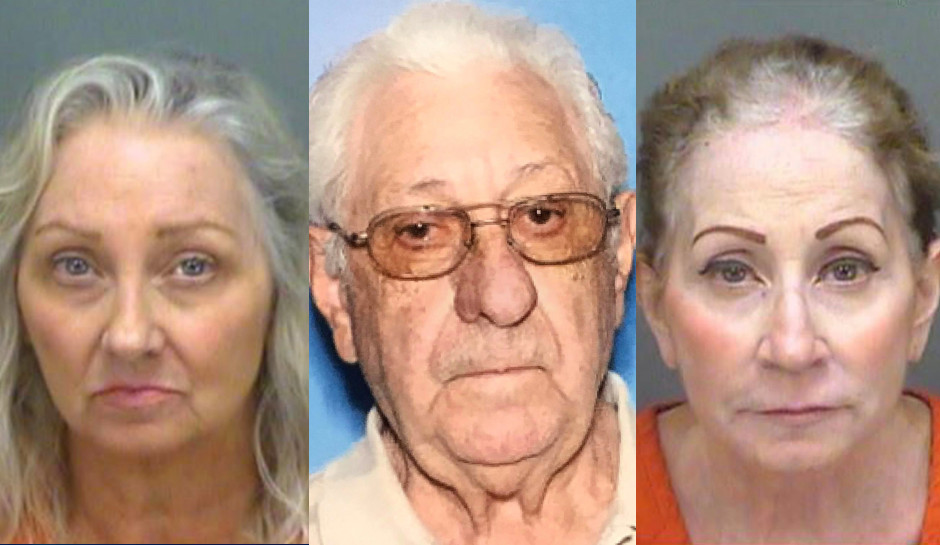 Florida Sisters Got Away With Killing Their Father for 4 Years, Until One of Them Confessed ‘To This Guy She Met at a Bar’

Two Florida sisters pleaded guilty earlier this year to killing their 85-year-old father after one of them confessed to man that both sisters had slept with.

Linda Roberts, 64, called 911 on the morning of March 6, 2015, to say she and her 65-year-old sister, Mary Beth Tomaselli, had found Anthony Tomaselli dead on his couch, PEOPLE magazine reported.

Pinellas County Sheriff Bob Gaultieri told the magazine that the elder Tomaselli’s death was classified as natural, given his age and previous bout with cancer.

And that’s where it stood for four years, when a man contacted the sheriff’s office and said he’d slept with both women and had recorded something quite interesting during a phone call with Roberts the night before.

“I can’t take it anymore,” Roberts says in the phone call. “I killed my father. Well, we did. We did it together.”

The sisters told detectives that they wanted their father to move into assisted living after his long-time live-in girlfriend died. He didn’t want to go. So they concocted a plan.

Transcripts of their interviews with detectives say they first spiked his evening cocktail with sleeping pills, but it didn’t work. Anthony Tomaselli became groggy, but that was about it. So they put a pillow over his face. He fought that off.

Mary Beth Tomaselli told investigators that her sister said they needed to put a washcloth in his mouth “and one of us is going to have to hold his nose, and we had to finish what we had started.”

That did it. Anthony Tomaselli died, and the sisters fell asleep, calling 911 when they woke up.

“There were no red flags. Nobody suspected anything,” Det. Michael Bailey said. But after they’d been arrested, the two women “claimed this was putting him out of his misery,” Bailey said. “Except he wasn’t in any misery.”

The sisters were arrested in 2019, as CrimeOnline previously reported. At a news conference announcing the arrests, Gaultieri said they almost got away with murder, if only Roberts “hadn’t run her mouth to this guy she met in a bar.”

In April, Tomaselli and Roberts pleaded guilty to second degree murder. Tomaselli was sentenced to 15 years in prison; Roberts got 20 years, according to court records.