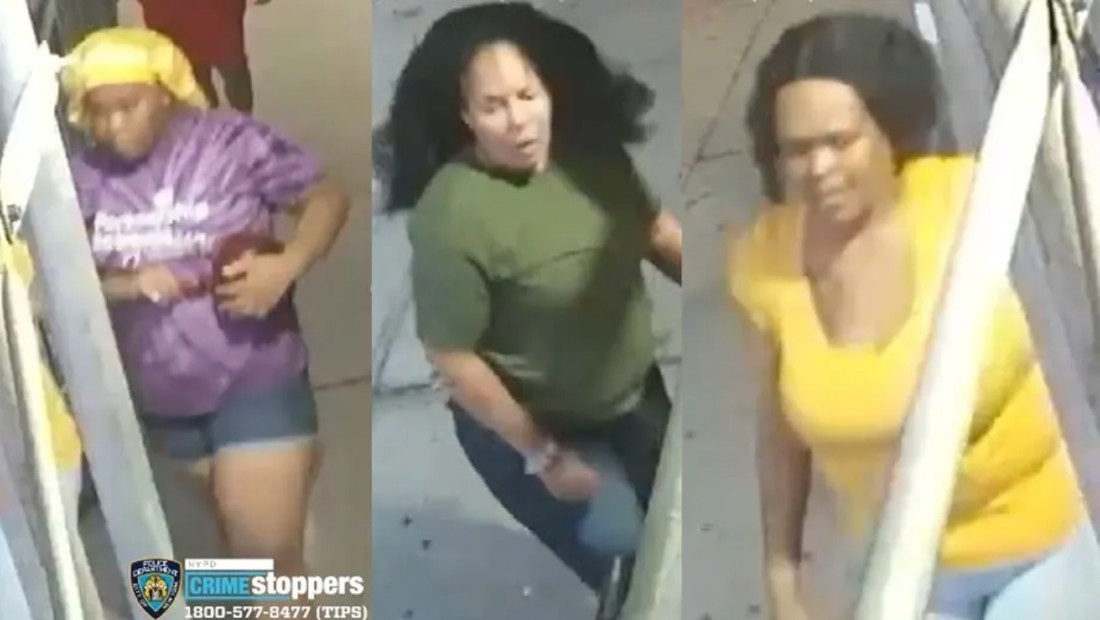 Brutal Assault of NYC Woman Using Walker Caught on Camera: Suspects Dragged Victim by Her Hair, Hit Her in the Head with Cooking Pot

Police in New York City are looking for a foursome who brutally attacked a woman on a walker, hitting her over the head with a cooking pot.

As Fox 5 New York reports, the unidentified victim, 61, was approached by three women and one man on a Harlem corner who reportedly verbally confronted her. Soon, the suspects brought the woman to the ground and violently assaulted her; punching and kicking her, dragging her by her hair and hitting her in the head with the pan.

The assailants then allegedly stole the woman’s walker along with a bag with cash and credit cards.

The woman was transported to a nearby hospital where she is reportedly in stable condition.