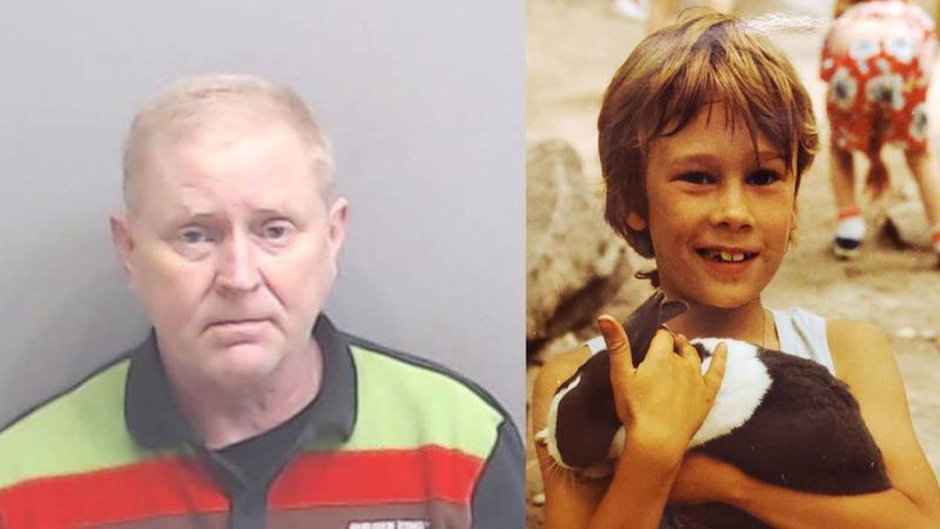 A convicted sex offender was arrested in Georgia on Wednesday for the unsolved 1988 murder of an 8-year-old boy.

The Atlanta Journal-Consitution reported that James Coates, 56, was riding in an Uber when he was arrested during a traffic stop. Coates’ arrest comes months after murder victim Joshua Harmon was exhumed and Rosewell police conducted DNA testing which reportedly linked Coates to the slaying.

In March 1988, Harmon’s parents reported their son missing when he did not come home for dinner. Two days later, police discovered the boy’s body in a wooded area near the family’s Rosewell apartment complex, the Journal-Consitution reported.

WXIA reported that Harmon was beaten and strangled. Police said Coates lived at the same apartment complex as the victim at the time of the slaying.

According to the Journal-Constitution, Coates has two convictions for child molestation in incidents that occurred in 1990 and 1993. He spent 20 years in prison for the 1993 crime.

In connection with the 1988 cold case, Coates was charged with murder, aggravated assault, aggravated sodomy, aggravated child molestation, and first-degree cruelty to children.

Roswell police Chief James Conroy told reporters, “I only wish that Josh’s mother Cherie would be here today. But what I do know is that she is with Joshua and they’re looking down on us and they are happy with these developments.”