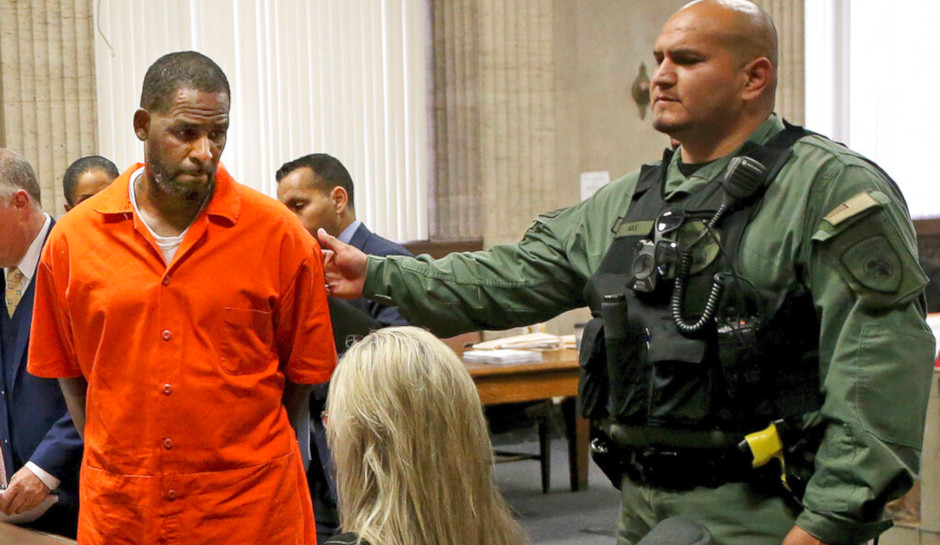 Federal prosecutors this week asked a judge to admit allegations of more twisted acts — including sexual abuse of minors, hush-money payments, and physical abuse — as evidence in R&B star R. Kelly’s racketeering trial, set to begin next month in Brooklyn.

The new court filing alleges that a “crisis manager” for the star bribed an Illinois county clerk for information after the release of the Lifetime documentary series “Surviving R. Kelly” and that the singer had someone pay an Illinois state employee $500 in 1994 to create a fake ID for singer Aaliyah Haughton, who was 15, the Chicago Sun-Times reported.

A controversy raged that year, when rumors roiled the music industry that Aaliyah and Kelly were involved and had been secretly married. A marriage certificate — listing Aaliyah’s age as 18 — surfaced, saying the two had married on August 31, 1994, in Rosemont, Illinois. Her parents had the illegal marriage annulled the following year, although both Aaliyah and Kelly denied that they were ever married. Aaliyah died in a plane crash in 2001.

The court filing also details Kelly’s alleged sexual abuse of a 17-year-old boy he met at a McDonald’s in 2006. Kelly reported invited the boy to his studio, asked him what he was willing to do to ensure his success in the music business, and had sex with him.

The alleged bribery took place in early 2019, the documents says, when someone told Kelly he knew some people with “a lot” of information about Kelly’s legal troubles and that he should “figure out what you can do for them.”

The document says Kelly replied, “What you do, man, is write something on a piece of paper and give me what I should tip the bailiff. What I should tip the, uh, the valet. Like when my uncle come up here and say ‘Rob, the valet guy, he parked the car over there.’ I say, ‘So what should I give him?’ He say, ‘Well, 20, 30, 30 dollars.’ I gave him 30 dollars. So what I’m saying is I don’t know that number.”

The “crisis manager” also allegedly told Kelly he’d given a Cook County clerk $2,500 and a burner phone to provide information.

The conversation was found in a recording on Kelly’s phone, prosecutors said.

In New York, Kelly faces multiple federal charges, including infecting a woman and minor girl with herpes, racketeering, and sex trafficking that reportedly crossed state lines, using his employees to solicit women and girls for sex, as CrimeOnline previously reported.

Kelly faces 26 federal charges in Illinois, which include child pornography, obstruction of justice, and sexual abuse of a minor. He is also facing 21 sex-related criminal charges in Cook County. The state charges reportedly stem from allegations dating back to 1998 and involve at least three underage girls.

In August 2019, authorities in Minnesota charged Kelly with two counts of prostitution with a person under 18 in connection with an alleged 2001 incident.