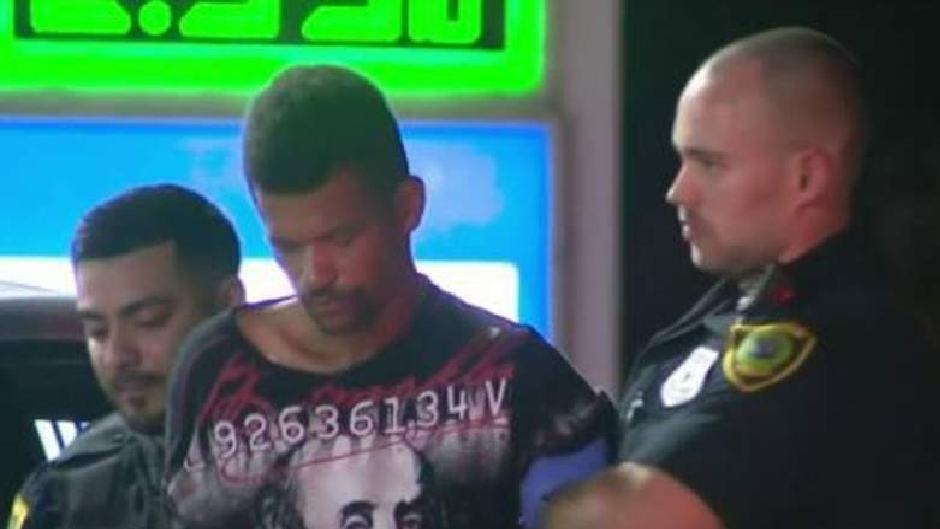 SEE IT: Armed Suspect Steals Ambulance With EMT & Patient Inside, Then Leads Cops on Chase

A man is facing criminal charges after he stole an ambulance in Texas on Friday while an EMT and a patient were inside, according to reports.

KTRK reported that the armed suspect exited another car and forced a Houston Fire Department ambulance to stop. He allegedly then forced the driver out of the ambulance at gunpoint before getting in and driving off.

The ambulance made its way onto Highway 288 and Southwest Freeway when an EMT tending to a patient in the back realized something was wrong and checked on the driver. Police said the suspect pulled a gun on the EMT, but the EMT deescalated the situation while alerting dispatchers who could track the hijacked ambulance.

At some point, the suspect allegedly fired at vehicles on the freeway. KTRK reported that he also got on the ambulance radio to say, “Can anybody hear me? I repeat. I’m the guy driving the ambulance.”

Officers pursued the driver until he surrendered on Southwest Freeway at Weslayan and was taken into custody.

Police said the suspect, who has not been publicly identified, has a lengthy criminal history and was under the influence of an undisclosed substance at the time of Friday’s incident.

KPRC reported that the patient is doing OK and was transported to the hospital by another ambulance.