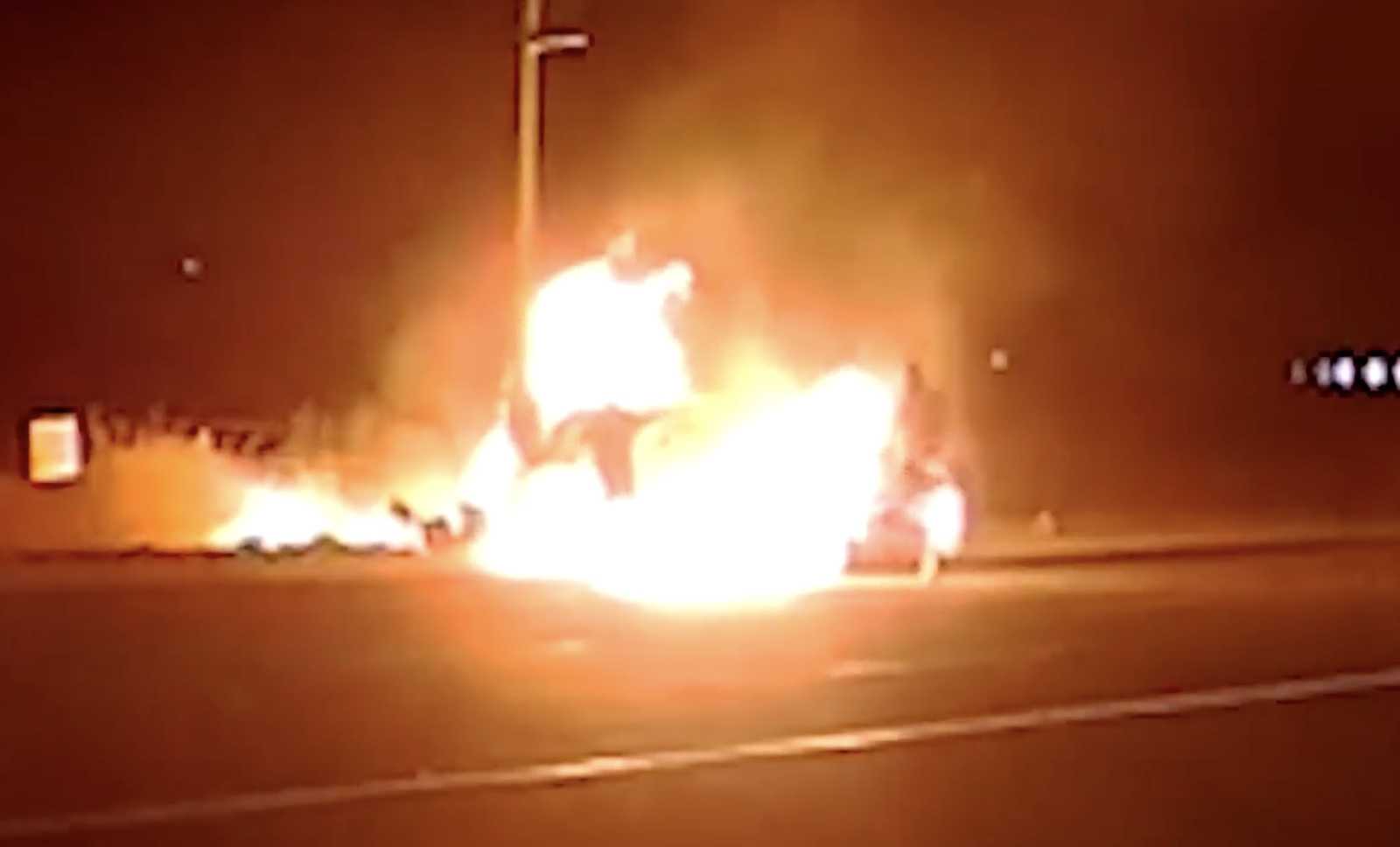 Off-duty Stockton Police officer Mark Afanasev and his wife were on their way to fill up their car with gas last Saturday night, stopped a traffic light, when they heard the unmistakable sounds of a car crash.

One of the vehicles involved flipped over and was sliding along the street on its roof. As for the other —

“And then we saw a second car sliding backward into a light pole,” Afanasev told the Stockton Record.” And then that second car that slid into the light pole went up in flames. And we just rushed over there to help the people that were in the car that was on fire.”

He makes it sound so simple, but it was anything but. The dash cam in his vehicle captured what happened next: Afanasev jumped out of his car and headed toward the flames while his wife called 911. A man inside the burning vehicle got out on his own, his pant leg burning, while Afanasev went into the burning vehicle to help a woman to safety. Then he put the fire out on the man’s pant leg.

“The only thing I could think of, these people are going to burn if I don’t help them,” Afanasev, a seven-year police veteran, told Fox 40.

“I didn’t even feel the heat when I went into the flames. I didn’t feel it at all,” he said.

Stockton Police Chief Eric Jones said in a statement that the entire department was “extremely proud of Mark’s heroic actions.”

“Even while off-duty, Mark put his own life in danger in order to help rescue the occupants inside that burning car,” Jones said.

Afanasev all but said, “Aw it was nothing.”

“I can live with a couple of burns or whatever injuries I might get,” he said. “I wouldn’t be able to live with standing by knowing that I could have helped somebody and now they are gone.”

The two people in the burning car were taken to a hospital. What caused the crash is unknown.