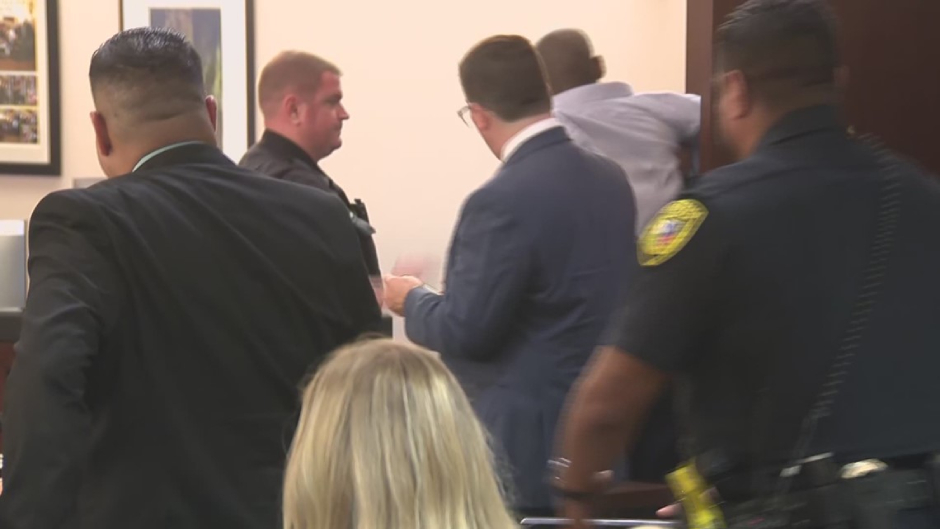 A man attacked a bailiff inside a Texas court on Monday after he was found guilty of fatally shooting a police officer in 2016.

KENS reported that it took a jury 25 minutes to unanimously convict Otis McKane, 36, of San Antonio police Detective Benjamin Marconi’s capital murder. McKane, who was speechless after the verdict, was seen elbowing a bailiff who attempted to handcuff him — prompting multiple members of law enforcement to tackle him and haul him out of the courtroom.

On November 20, 2016, Marconi, 50, pulled over a driver near San Antonio police headquarters. Marconi was inside his cruiser writing a citation when McKane pulled up behind him and fatally shot him twice in the head.

During the trial, the prosecution presented a police interview conducted a day after the fatal shooting in which McKane confessed to killing Marconi because he was “mad” about an ongoing custody dispute and wanted to harm the first police officer he saw, according to the San Antonio Express-News.

According to prosecutors, McKane told police, “It felt good to shoot him,” referring to their fallen colleague.

Conversely, the defense argued that Marconi was not acting in his official capacity as a police officer because he was on social media and text messaging before McKane shot him.