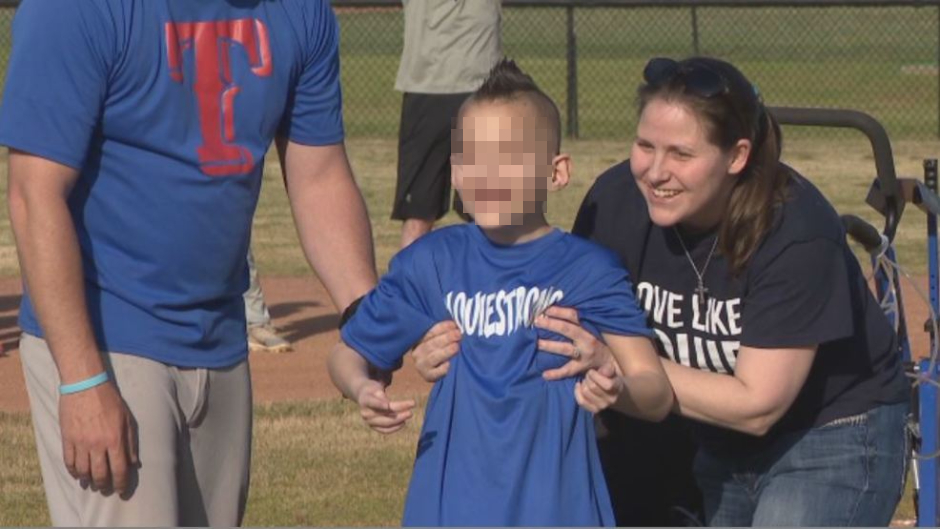 An Arkansas woman turned herself in on Tuesday for allegedly having her adopted son endure unnecessary medical procedures for aliments he did not have.

The Arkansas Democrat-Gazette reported that from 2017 to 2019, Kristy Schneider intentionally provided false information to doctors and medical experts so that her son would receive medical treatments. Schneider and her husband adopted the boy in 2014, and Schneider used an online platform to bring attention to his so-called illnesses — which included a chromosomal abnormality, cognitive learning disability, seizure disorder, and a heart condition.

KATV reported that Schneider claimed her son was in excruciating pain, and he was given high doses of narcotics such as fentanyl and morphine.

In February 2019, the family received media attention after hundreds of members of law enforcement greeted the 9-year-old boy while en route to Arkansas Children’s Hospital — where he was to receive end-of-life care. However, court records stated that his condition improved at the hospital upon having a nutrition line removed.

Once discharged from Arkansas Children’s Hospital, the boy was treated at the Mayo Clinic in Minnesota. The doctors there reportedly recommended weaning Schneider’s son off of narcotics. Schneider not only failed to relay this information to physicians once back in Arkansas, but she also requested the boy have a port placed in his chest and claimed the Mayo Clinic suggested it, according to the Democrat-Gazette.

The 11-year-old boy was taken out of the couple’s custody in September 2019, after the Department of Human Services received a tip regarding child abuse. Afterward, several of the boy’s doctors and DHS attorneys said he was the victim of Munchausen syndrome by proxy — a disorder in which a caregiver lies about someone in their care having an illness or sometimes causes the person to become sick.

During a DHS hearing, one of the boy’s primary care physicians claimed she grew concerned over the last three to four visits because the boy’s reported symptoms and pain did not correspond with what she observed. The doctor said at one point, she planned to stop a certain treatment as the boy was expected to die. When he survived, the doctor overheard Schneider say he “did a bad job of dying,” according to KARK.

The doctor said the boy was small, malnourished, and often on oxygen in a wheelchair while in the Schneiders’ care. The doctor claimed she has seen him three times since he was put in foster care and he has gained weight, is walking and jumping, and is no longer on oxygen, the news outlet reported.

A total of six doctors testified that Schneider fabricated her adopted son’s medical conditions, according to KARK.

Schneider was charged with first-degree endangering the welfare of a minor. She was released from custody after posting a $100,000 bond.

According to KATV, Arkansas Attorney General’s Office announced on Wednesday that they are suing the couple for fraud for receiving nearly $32,000 in money, services, and gifts for their son’s fabricated medical conditions.