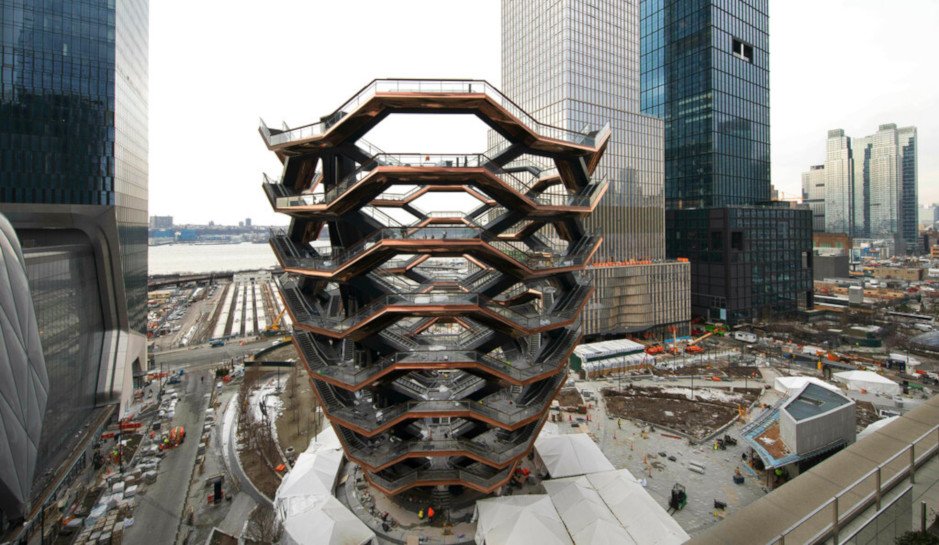 The 150-foot centerpiece of New York’s Hudson Yards may close permanently after a 14-year-old boy visiting the Midtown tourist attraction with his family leapt to his death.

The boy, who has not been identified, jumped from the eighth story of the Vessel and was pronounced dead just before 1 p.m. Thursday, the New York Post reports.

The teen was visiting from New Jersey with his parents, sister, and grandmother, sources told the Post, and he said nothing before jumping.

It was the fourth suicide from spiral staircase structure in the two years it has been open.

The structure was shut down after the incident, and its website says that it is “temporarily closed.”

But Stephen Ross, the Vessel’s billionaire developer, told the Daily Beast that it may be time to permanently shutter the facility.

“We thought we did everything that would really prevent this,” Ross said. “It’s hard to really fathom how something like that could happen.”

The Vessel was closed earlier this year after the third suicide in January while its developers considered what safety precautions could be added. But when it reopened in May, no physical changes had been made that would have altered the “aesthetics.” Instead, a “safety plan” required visitors to be in groups of at least two and implemented “screening procedures to detect high-risk behaviors.” Guards are stationed on each level of the structure, but, Ross noted, “A family of five doesn’t fit any profile.”