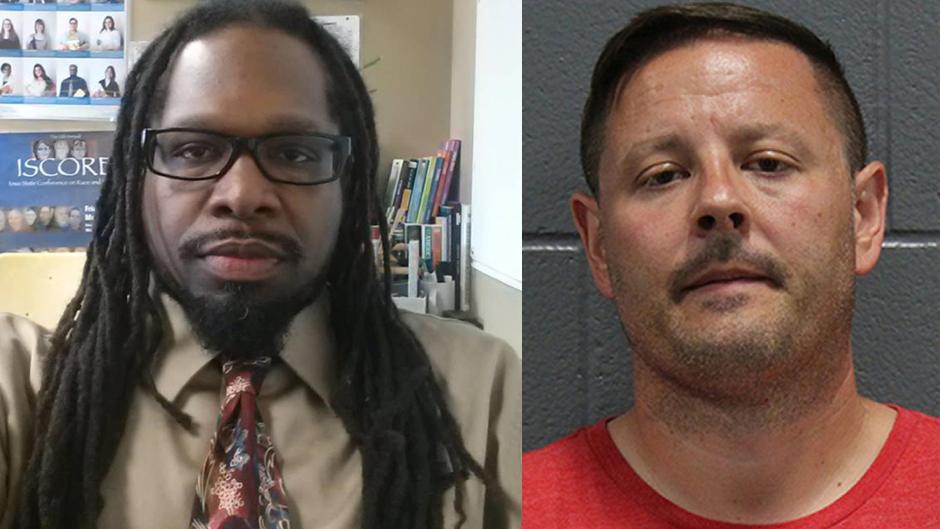 A former assistant principal in Iowa who was accused of sexually exploiting a student reportedly took his own life last week.

William Terry (pictured left), 47, is apparently the second Marshalltown Community School District employee who has died by suicide this month while under investigation for sexual misconduct. KGBT reported that Terry was found dead of a suspected gunshot wound in his basement by Marshalltown police officers who were serving a search warrant at the time.

Terry, who was an assistant principal at Marshalltown High School during the 2020-21 school year, allegedly shot himself as officers entered his home. No other injuries were reported and officers did not fire their weapons, according to the news outlet.

On July 6, Marshalltown police learned of allegations regarding sexual exploitation and inappropriate sexual contact between Terry and a former student. Terry was an assistant principal at the high school when the alleged misconduct transpired.

The Times-Republican reported that the Marshalltown Community School District Board of Education accepted Terry’s resignation during a special hearing on July 12.

Despite Terry’s death, police said they are still investigating the sexual misconduct allegations levied against him.

Reports indicated that Terry is the second Marshalltown school employee to take their own life after being accused of sexual misconduct.

According to the Times-Republican, Miller Middle School teacher Adam Edgington (pictured right), 42, was arrested on July 7 for sexually exploiting a 13-year-old student. Days later, on July 9, Edgington was found dead near Nevada.

Story County, Iowa, police said he was in his car and had suffered a self-inflicted gunshot wound.