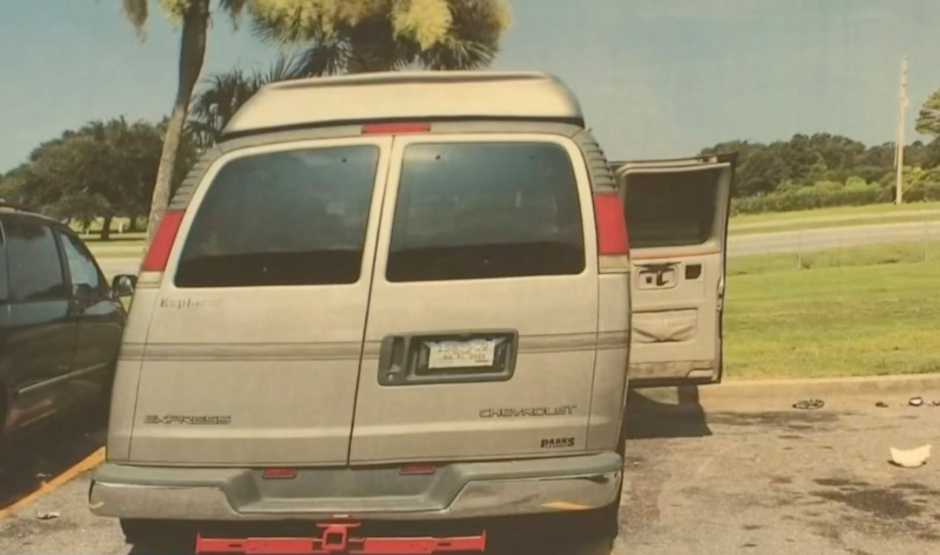 The children’s parents, who have been arrested, were found sleeping in a nearby van.

A Tennessee couple is in jail in south Alabama after their two toddlers were found walking around a truck stop parking lot naked and covered in feces.

Bystanders called Loxley police at about 10 a.m. Wednesday when they spotted the two children, Fox 10 reported.

The parents — identified as Alex Busuioc, 20, and Larisa Suca, 19 — were located asleep in their van, Loxley Police Lt. Doug Phillips said. The couple, who were reportedly headed back to Tennessee after a beach vacation, are Romanian and speak little English; police interviewed them with the help of an interpreter via a video call.

“There’s RV’s, there are trailers, there’s construction equipment, boats going through that front parking lot constantly,” Phillips said. “They would never have seen a child that small run-up underneath one of them.”

And just as bad, he said, “The children were covered quite intensely with feces” that was in their hair and on their faces — and appeared to have been there for days.

“Luckily somebody saw them and was able to call us so we were able to get the kids the help they needed,” Phillips said. “It goes without saying it’s a sickening incident to see a child in that condition.”

Paramedics told police the children appeared to be malnourished and took them to a hospital for an evaluation. The Department of Human Resources is considering what to do with them.

Busuioc and Suca have been charged with torture/willful abuse of a a child. They’re being held in the Baldwin County Jail on $15,000 bond each.