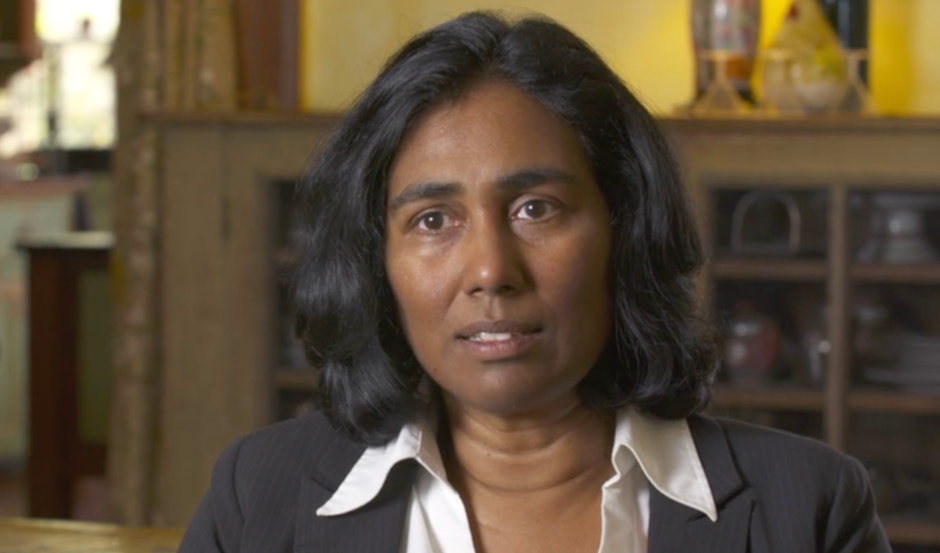 Cybersecurity Expert Found Stabbed to Death Outside Her Home. Her Son Is Charged With the Murder.

The 23-year-old son of a prominent cybersecurity executive has been charged with killing her earlier this week at her Maryland home.

Juanita Koilpillai, 58, was found dead of multiple sharp force injuries outside her home last Sunday when her boyfriend reported her missing after finding blood inside, the Baltimore Sun reported. Her car was also discovered to be missing; it was later found in Leesburg, Virginia, where her ex-husband lives and where she had another home.

Anne Arundel County police arrested Andrew Weylin Beavers, who was identified as a suspect after police interviewed him earlier this week, on Saturday. Investigators said he had no explanation for a fresh cut on his right hand. Detectives also said that a forensics analysis found both Beavers’ and his mother’s DNA on a knife.

Beavers was arrested in Leesburg and will be extradited to Maryland for trial.

Koilpillai, who grew up in Sri Lanka and India, created several cybersecurity startups, including Resiliant, which focuses on stopping ransomware attacks. Friends said she had recently moved from Virginia to Anne Arundel County to be closer to the bay, according to the Capitol Gazette. She also mentored young people, particularly women, in business and cybersecurity work and worked closed with the US government on several initiatives.

Police have not discussed a motive for the murder.