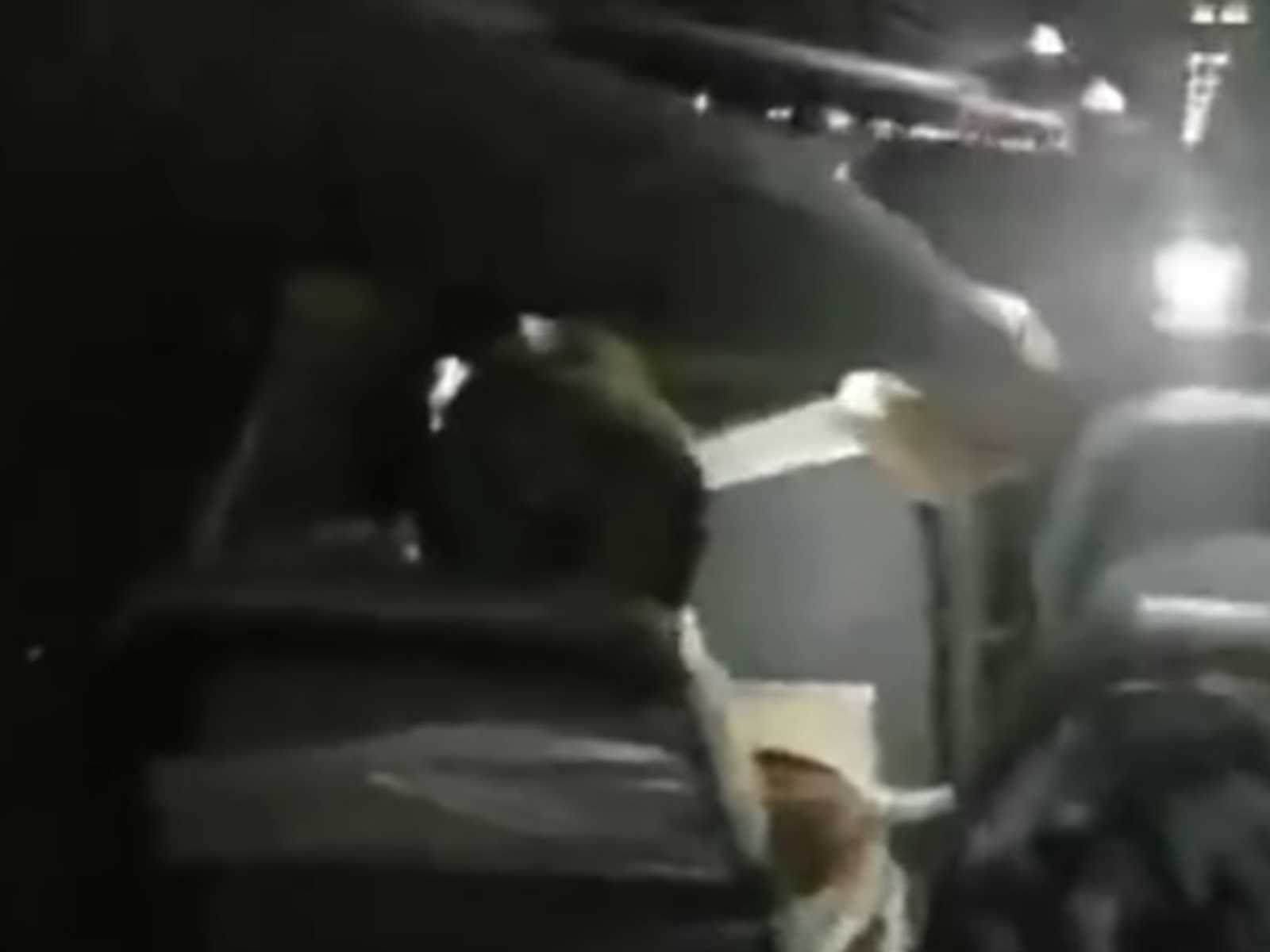 The passenger, 22-year-old Maxwell Berry, was arrested when the plane landed in Miami. Frontier Airlines ‘relieved (the flight attendants) from flying pending’ an investigation.

The airline acknowledged the incident in a statement and said the flight attendants involved were “relieved of flying pending completion of investigation of the events.”

The passenger, 22-year-old Maxwell Berry, was arrested and charged with three counts of battery when the Philadelphia to Miami flight landed, ABC6 reported.

According to the police report filed with his arrest, Berry had two drinks on the flight and ordered a third, brushing an empty cup against a flight attendant’s derriere.

Then he spilled the drink on his shirt, went to the restroom and came out shirtless. One of the flight attendants helped him access his carry-on to get another shirt.

The report says Berry didn’t sit down after that either, instead walking around the cabin for about 15 minutes and then groping the chests of two flight attendants. The cabin crew sent a male flight attendant to watch over him, and Berry punched him in the face, the report says. At that point, a melee broke out and passengers joined in to help subdue him.

Passenger Alfredo Romero, sitting in the row behind Berry, captured much of the scene on his cell phone, including the duct taping. Part of the video captured a profanity laced tirade from Berry, directed at a flight attendant, WPLG reported.

Frontier confirmed the incident, saying the “passenger made inappropriate physical contact with a flight attendant and subsequently physically assaulted another flight attendant,” according to ABC6.

“As a result, the passenger needed to be restrained until the flight landed in Miami and law enforcement arrived,” the airline statement said. “The flight attendants will be, as required in such circumstances, relieved of flying pending completion of investigation of the events.”

Tyri Squyres, vice president of marketing for Frontier Airlines who was at the Miami airport Tuesday for announcement about new flights for the airline, defended the suspension of the flight attendants.

“After an incident like this we are going to do a thorough investigation and really view what happened and how it was handled to make sure that everything is done properly and followed procedures,” Squyres said.

The Association of Flight Attendants promptly slammed the airline, saying “a drunk and irate passenger verbally, physically, and sexually assaulted” crew members and refused to comply as the crew tried to deescalate the situation and calling the crew’s suspension “a knee-jerk reaction.”

“Management should be supporting the crew at this time not suspending them,” the union statement said. “We will be fighting this with every contractual and legal tool available, but we would hope there will be no need for that as management comes to their senses and supports the people on the frontline charged with keeping all passengers safe.”

The crew remained on paid leave, but the airline revised its statement, adding language that it “maintains the utmost value, respect, concern and support for all of our flight attendants, including those who were assaulted on this flight,” according to WPLG.

“We are supporting the needs of these team members and are working with law enforcement to fully support the prosecution of the passenger involved,” the new statement said. “The inflight crew members’ current paid leave status is in line with an event of this nature pending an investigation.”