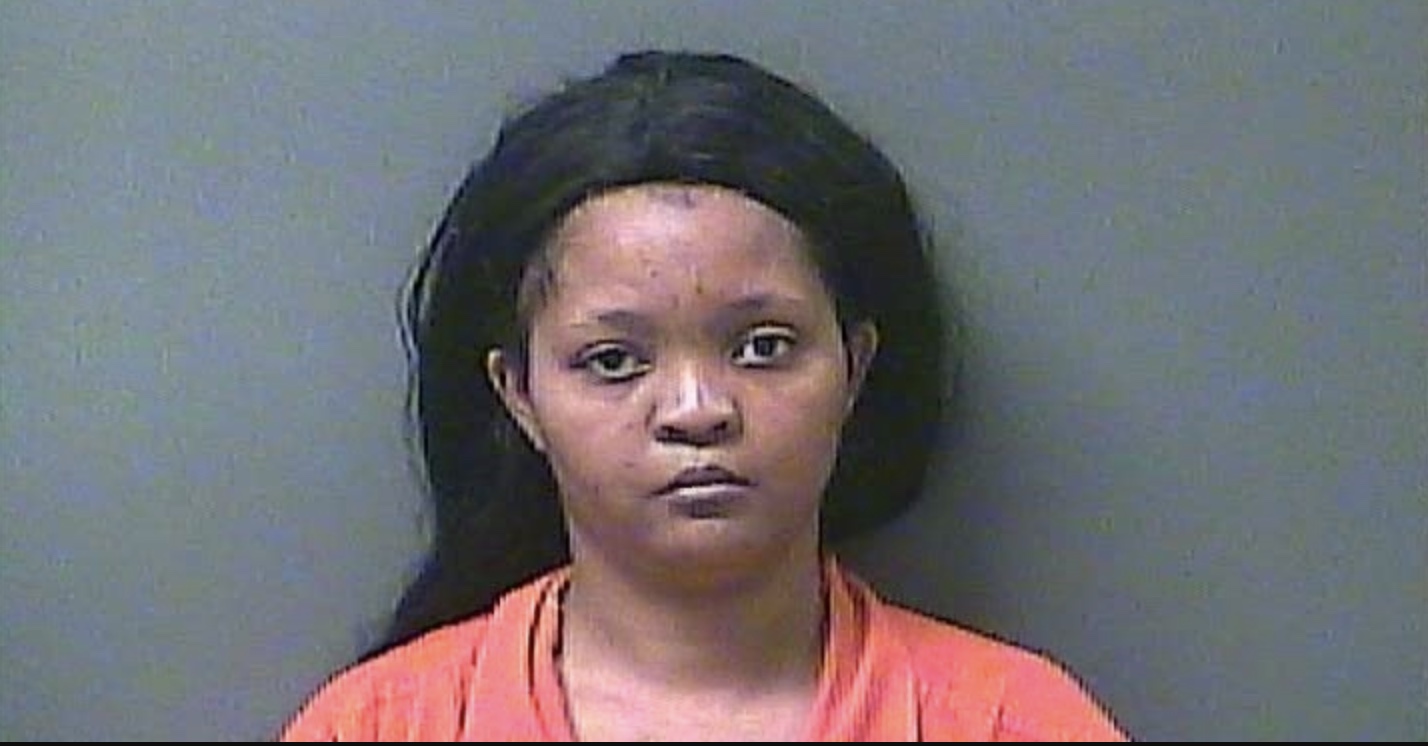 An Indiana woman was charged this week with killing her husband, cutting off his legs, and getting her children to help her hide the body.

Thessalonica Allen told police she shot him after he grabbed her by the neck while they were arguing and then came at her again after he let her go, ABC 57 said.

She has been charged with murder, two counts of contributing to the delinquency of a minor, abuse of a corpse, altering the scene of death, interference with the reporting of a crime, and two counts of neglect of a dependent.

La Porte police said they began investigating when a man who said he was an ex-boyfriend of Allen’s called and reported that she had tried to get him to help her move Randy Allen’s body. He said Thessalonica Allen had asked him to come to her home, telling him her husband was abusing the couple’s children. When he arrived, she allegedly showed him the body, hidden inside a closet. He refused to help and asked her to drive him back home.

The probable cause affidavit says that on the drive to his home, Allen repeated that her husband had been abusing her and the children. When they arrived at the ex-boyfriend’s home, Allen allegedly threw a gun out of the vehicle. The ex picked it up and called 911, the affidavit says.

La Porte police said that when they found Allen at a hardware store, she began to cry and told them, “You guys don’t understand. He beats me.”

Allen told police that she came home on July 27, and her children told her her husband had beaten them. She and her husband argued, she said, and he grabbed her neck. When he let go and then came at her again, she shot him, the affidavit said.

According to police, the children told investigators Randy Allen had gotten angry when he saw a website on the computer that his wife had visited. When she came home, they argued in their bedroom. The children said they heard a bang and ran to see what happened. Randy Allen was on the floor begging for help and asking the children to call 911, the affidavit said. Thessalonica Allen told them not to call and sent them to their room.

A search warrant uncovered an axe, a knife, and a red substance in her bedroom; the body was in a bag in a closet in the children’s room.

They also found several bizarre notes that appeared to have several enumerated plans. One involved planting drugs and a gun in her husband’s car and telling his employer about them. Another involved spraying “s***” in his face and then beating him to death with a hammer and stabbing him, then rolling the “body up in sheets & plastic bags.” The note seemed to involving have a friend help her dispose of the body in “LP,” presumably La Porte. The third note involved the same friend and apparently taking the body to “SB,” presumably South Bend.

Allen is being held without bail and is due in court on August 20, jail records show.