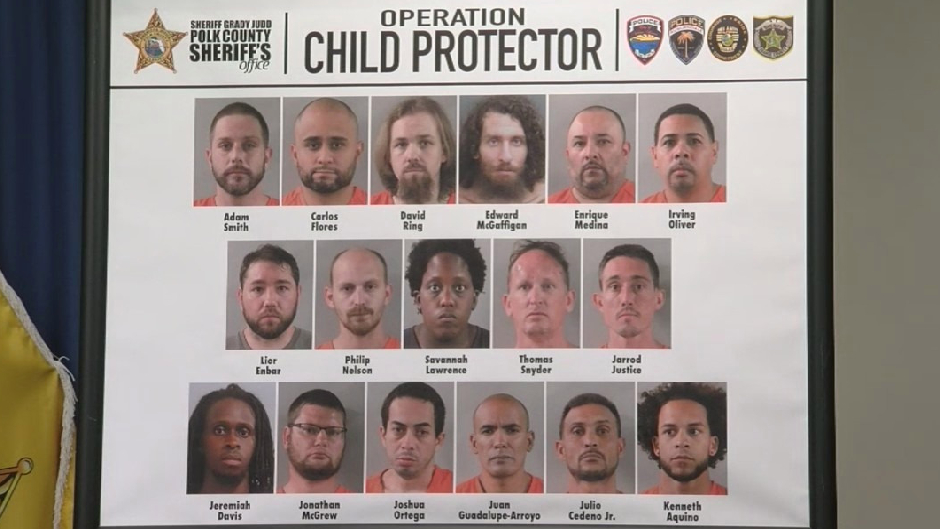 On Tuesday, Florida police announced that a six-day sting operation resulted in the arrests of 17 suspects — including a registered nurse, Walt Disney World employees, and a Navy veteran — who allegedly planned to have sex with children.

The Polk County Sheriff’s Office said in a statement that from July 27 through August 1, investigators posed online as juveniles to investigate individuals who were targeting children. Sheriff Grady Judd said every suspect apprehended during “Operation Child Protector” believed they were meeting a child between the ages of 13 and 14 for sex, according to WFLA.

According to Polk County police, Aquino is a lifeguard at Disney World and was wearing his work uniform when he was arrested. He allegedly left his pregnant girlfriend to have sex with someone he thought was a child.

“He’s a Navy veteran. That’s right. He was working toward a dive team or a SEAL team or some kind of special ops job. They did a background check on him and found he had friends or affiliates that were gang members, and they tossed him,” Judd revealed, according to WFLA.

Guadalupe-Arroyo reportedly told police that he is a registered nurse at Adventhealth Care Center in Celebration.

Judd also said one of the suspects is HIV-positive and intended to have unprotected sex with a child.

The 17 suspects are facing various charges, including traveling to meet a minor for sex, attempted lewd battery, and the use of a computer to seduce a child. Police said nine of the suspects had prior criminal histories.

Sixteen of the accused child sex predators are from Florida. Justice was reportedly on vacation from California at the time of his arrest.